Initially, I was hesitant to read Alice Hoffman’s The Rules of Magic.  I’d been so captivated by Practical Magic that I was afraid its prequel would be disappointing – a logical assumption given I was nearly 20 years younger and considerably more easily enchanted when I first read Practical Magic.  Needless to say, Hoffman, the author of at over 30 works of fiction, knows how to reel in readers and keep them on the hook until her next novel is released.

For the Owens family, love is a curse that began in 1620, when Maria Owens was charged with witchery for loving the wrong man.

Hundreds of years later, in New York City at the cusp of the sixties, when the whole world is about to change, Susanna Owens knows that her three children are dangerously unique. Difficult Franny, with skin as pale as milk and blood red hair, shy and beautiful Jet, who can read other people’s thoughts, and charismatic Vincent, who began looking for trouble on the day he could walk.

From the start Susanna sets down rules for her children: No walking in the moonlight, no red shoes, no wearing black, no cats, no crows, no candles, no books about magic. And most importantly, never, ever, fall in love. But when her children visit their Aunt Isabelle, in the small Massachusetts town where the Owens family has been blamed for everything that has ever gone wrong, they uncover family secrets and begin to understand the truth of who they are. Back in New York City each begins a risky journey as they try to escape the family curse.

The Owens children cannot escape love even if they try, just as they cannot escape the pains of the human heart. The two beautiful sisters will grow up to be the revered, and sometimes feared, aunts in Practical Magic, while Vincent, their beloved brother, will leave an unexpected legacy. Thrilling and exquisite, real and fantastical, The Rules of Magic is a story about the power of love reminding us that the only remedy for being human is to be true to yourself.

As is my custom, I listened to the audio version of The Rules of Magic while driving. I quickly made any excuse to take the long route or run an unnecessary errand to St. Louis so I could continue listening.  This wasn’t because a puzzle begged to be solved; the writing and story line was a potion against apathy and disinterest.

The first rule of magic is to not deny who and what you are because, “Once you do that, life works against you, and your fate is no longer your own.”  It is not a stretch to say that the rules of magic are rules for mere mortals as well.  The Rules of Magic,  at its core, is a family drama wherein secrets are unraveled and children grow to understand that their parents didn’t burst into existence upon the birth of their children; parents, surprisingly, have complex and murky youths from which they must recover and protect their offspring from.

Likewise, the family lived under a curse that promised ruin to any romantic love of an Owens witch. As their revered aunt explains, youth do not fully “understand that when you truly love someone and they love you in return, you ruin your lives together. That is not a curse, it’s what life is, my girl. We all come to ruin, we turn to dust, but whom we love is the thing that lasts.”

I wish I could express what Amal El-Mohtar did in her NPR review:

“Hoffman’s prose is as tender, dreamy and sweet as ever, laced with the sting of vinegar and broken glass. It’s startling to take stock of how of a piece this book feels with its predecessor, of what a complicated dance of interlocking nostalgias this book explores and provokes: I, reading a book cataloging a time during which Hoffman was a child, feel a tug of nostalgia towards the child I was while reading the book she wrote about adults my mother’s age. Circles close within circles and spiral out again, and there’s a magic in that too.”

The Rules of Magic will conjure a love of Hoffman’s prose and the catharsis of first and then lasting love. 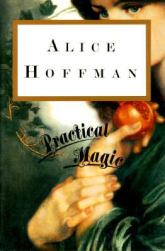 Practical Magic Orphaned at an early age, Gillian and Sally Owen are raised by an aunt who deals in sorcery. The girls long for the normal life and leave home as soon as they can. Years later tragedy strikes and it is then they realize that magic is their gift, not their affliction. By the author of Illumination Night. 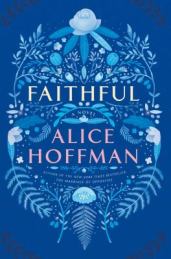 Faithful Growing up on Long Island, Shelby Richmond is an ordinary girl until one night an extraordinary tragedy changes her fate. Her best friend’s future is destroyed in an accident, while Shelby walks away with the burden of guilt. What happens when a life is turned inside out? When love is something so distant it may as well be a star in the sky?

A Marriage of Opposites Growing up on idyllic St. Thomas in the early 1800s, Rachel dreams of life in faraway Paris. But Rachel’s life is not her own. She is married off to a widower with three children to save her father’s business. When her husband dies suddenly and his handsome, much younger nephew, Frédérick, arrives from France to settle the estate, Rachel seizes her own life story, beginning a defiant, passionate love affair that sparks a scandal that affects all of her family, including her favorite son, who will become one of the greatest artists of France.