The Woman Warrior by Maxine Hong Kingston, A Reader’s Advisory

Maxine Hong Kingston’s book, The Woman Warrior: Memoirs of a Girlhood Among Ghosts proves just how creative the nonfiction genre can be. She weaves family stories told to her by her mother into her own experiences as a girl growing up in a Chinese-American household. Kingston pushes the boundaries of memoire by describing how she thinks her ancestors lives were, imagining how the people around them would act and how her ancestors would react. 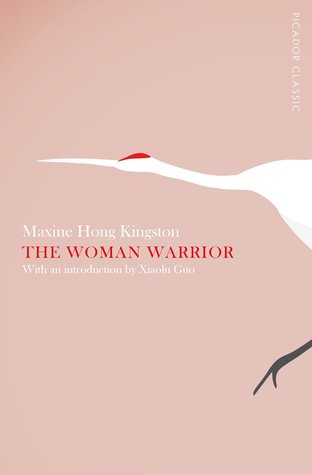 This is particularly prevalent in the first chapter, “No Name Woman,” where Kingston starts of her story with, “‘ You must not tell anyone,’ my mother said, “what I am about to tell you.’” Kingston then tells the story her mother tells her about her aunt’s life, how the village reacted towards her aunt’s new pregnancy, when her husband had been away for four years, how they harassed her and her family until she drowned herself in a well. Her family was so ashamed they erased her from their history. Kingston doesn’t even learn her name. Many of her mother’s stories serve as warnings, that one being not to embarrass her family or she would be forgotten as if she didn’t even exist.

These warnings, however, only made Kingston wonder about the people in those stories. She contemplates No Name Woman’s story, knowing she had not likely made any decisions on her own, especially when it came her own bodily autonomy. Describing what No Name Woman’s life would have been like brings to life a forgotten family member, telling everyone the family secret. She has to discover how these stories fit or do not fit in her life among a Chinese family in America. Some of these stories are even part of history and legend, such as Fa Mu Lan’s story. Kingston goes into first person narration, telling Fa Mu Lan’s tale.

Through the past and present, ancestral stories and legends, and her family history and childhood, Kingston explores women’s experiences across culture, country, and time.

This kind of nonfiction is some of the best and most creative to read and in The Woman Warrior, Kingston makes memoire her own. So if you are interested in nonfiction, reading about American experiences, or just really like good writing, pick up a copy of The Woman Warrior.

Kingston compiles the lives and experiences of three generations of men in America, separated further from China with time, including the tales of Chinese immigrants and Chinese-Americans. Combining historical fiction and memoir, Kingston creates another wonderful piece of literature and history.

The Fifth Book of Peace

Driving home from her father’s funeral, Kingston finds her home on fire and burning to the ground. In it is everything she owns, including a novel she was working. The Fifth Book of Peace explores grief and loss as well as well as the stories of Persian Gulf War veterans. She reconstructs her novel about a Chinese-American couple fleeing the Vietnam War draft  and  then writes about encouraging Vietnam veterans to write. Interestingly, their experiences with war created literature promoting peace.