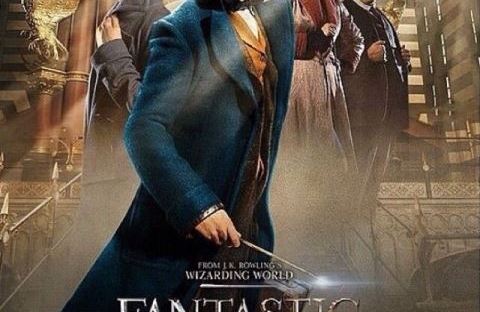 Calling lovers of all things Harry Potter. Although our beloved hero and his friends don’t make an appearance in this highly-anticipated movie, Fantastic Beasts and Where to Find Them explores aspects of the Wizarding World that were unknown to the Muggle (non-magic) population until now.

We join Newt Scamander on his travels to collect and learn about the magical creatures of various lands. This adventure leads him to America in 1926-more specifically New York City, where the city is in danger from both a radical group of no-majs (muggles) and suspicious magical acts. When Newt’s case of magical beasts is accidentally unleashed, he becomes a suspect of the destruction along with his new-found witch friend and an unsuspecting muggle from New York.

Journey with Newt as he tries to reclaim his precious magical creatures and restore their reputations. Watch as the mystery unravels…can you figure out who is behind all of the chaos that reigns in the city? A surprise at the end sets the movie up for a sequel (or four) that will keep Harry Potter lovers satisfied for years to come.