This week’s New Title Tuesday pick, Sometimes I Lie by Alice Feeney, is so carefully planned and the narrator so unreliable that barring a spoiler, it’s not easy to hold tightly to just one prediction.  In fact, it was one of the few times that I regretted listening to the audiobook because I couldn’t easily go back and double check events that happened earlier in the book.

That’s how twisty the mystery is.  Even after learning how the story ended, I wanted to see how Feeney wove such a complex and intricate web that kept me unsure until – and after – the very end. 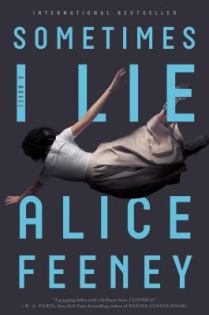 My name is Amber Reynolds. There are three things you should know about me:
1. I’m in a coma.
2. My husband doesn’t love me anymore.
3. Sometimes I lie.

Amber wakes up in a hospital. She can’t move. She can’t speak. She can’t open her eyes. She can hear everyone around her, but they have no idea. Amber doesn’t remember what happened, but she has a suspicion her husband had something to do with it. Alternating between her paralyzed present, the week before her accident, and a series of childhood diaries from twenty years ago, this brilliant psychological thriller asks: Is something really a lie if you believe it’s the truth?

Alice Feeney is a writer and journalist. She has spent fifteen years with BBC News where she worked as a reporter, news editor, arts and entertainment producer, and One O’Clock news producer. Alice has lived in London and Sydney and has now settled in the Surrey countryside, where she lives with her husband and dog. Sometimes I Lie is her debut.

It’s a bit difficult discussing Sometimes I Lie because it’s too easy to accidentally reveal too much. However, I can say that my confusion about the ending was calculated by the author; it seems that a sequel has been planned for release in the coming months.

Initially, I wondered if I had the fortitude to read about a character who was literally trapped in her own body and unable to communicate on any level but who feels every physical and emotional wound.  But the quick pace and shifts in time provide relief from the torturous pain the main character suffers.  ‘Then’ indicates events that happened before the accident, and ‘Now’ announces events that happen in present tense during Amber’s stay in the hospital.  ‘Then’ includes weeks and months before the accident as well as events that happened when Amber was a child via excerpts from a diary.

I recommend reading Sometimes I Lie before the sequel is released.  If the debut is any indication, it will be enthralling.

As the reviewer for Publishers Weekly wrote: “Feeney is definitely a writer to watch.” 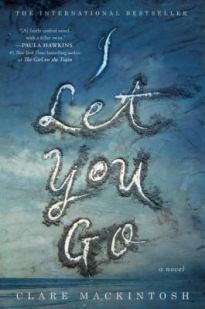 I Let You Go by Clare MacKintosh -Follows Jenna Gray as she moves to a ramshackle cottage on the remote Welsh coast, trying to escape the memory of the car accident that plays again and again in her mind and desperate to heal from the loss of her child and the rest of her painful past. At the same time, the novel tracks the pair of Bristol police investigators trying to get to the bottom of this hit-and-run. As they chase down one hopeless lead after another, they find themselves as drawn to each other as they are to the frustrating, twist-filled case before them. 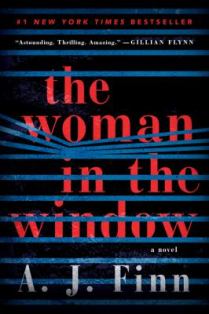 The Woman in the Window by A.J. Finn – Anna Fox lives as a recluse in her New York City home. But when Anna sees something she shouldn’t, her world begins to crumble, and she starts to question what is real, what is imagined, and who is in danger.

The Favorite Sister by Jessica Knoll – When five hyper-successful women agree to appear on a reality series set in New York City called Goal Diggers, the producers never expect the season will end in murder.