Tenth of December by George Saunders, A Reader’s Advisory

Are you a fan of the bizarre springing from seemingly drab places? Or reading about the ordinary turning miraculous in the strangest ways?

Then you may like magical realism, or realistic stories involving elements of fantasy, magic, or the unexplainable. Think Like Water for Chocolate, Life of Pi, 100 Years of Solitude, or Labyrinths. How about using the time off this holiday to explore a different genre of fiction? One great collection of short stories featuring magical realism is Tenth of December by George Saunders.

One of the most important and blazingly original writers of his generation, George Saunders is an undisputed master of the short story, and Tenth of December is his most honest, accessible, and moving collection yet.

In the taut opener, “Victory Lap,” a boy witnesses the attempted abduction of the girl next door and is faced with a harrowing choice:Does he ignore what he sees, or override years of smothering advice from his parents and act? In “Home,” a combat-damaged soldier moves back in with his mother and struggles to reconcile the world he left with the one to which he has returned. And in the title of the story, a middle-aged cancer patient walks into the woods to commit suicide, only to encounter a troubled young boy who, over the course of a fateful morning, gives the dying man a final chance to recall who he really is. A hapless, deluded owner of an antique store;two mothers struggling to do the write thing; a teenage girl whose idealism is challenged by a brutal brush with reality; a man tormented by a series of pharmaceutical experiments that force him to lust, to love, to kill–the unforgettable characters that populate the pages of Tenth of December are vividly and lovingly infused with Saunders’s signature blend of exuberant prose, deep humanity, and stylistic innovation.

Writing brilliantly and profoundly about class, sex, love, loss, work, despair, and war, Saunders cuts to the core of the contemporary experience. These stories take on the big questions and explore the fault lines of our own morality, delving into  the questions of what makes us good and what makes us human.

Unsettling, insightful, and hilarious, the stories in Tenth of December–through their manic energy, their focus on what is redeemable in human beings, and their generosity of spirit–not only entertain and delight; they fulfill Chekhov’s dictum that art should “prepare us for tenderness.”

One of my favorite things to read is a good short story. After reading Saunders’s previous collection, Pastoralia, I was recommended Tenth of December, another collection of short stories that features magical realism intertwined with dark comedy, creating a bewitching set of stories that extracts the stange from the normal and the normal from the strange. The contrasting tones of each story show how odd situations can become normal and how the normal can become odd. If you’re looking for something that’s perhaps out of your comfort zone, that bridges the gap between fantasy and realism, pick up a copy of Tenth of December before the library takes a holiday break. Why not read Tenth of December while it’s still December? 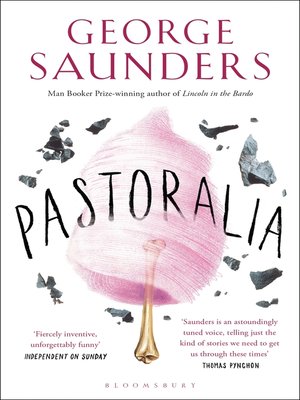 In this collection of just five short stories, Saunders details different American experiences, often people down on their luck, but hoping for the best. Saunders commedically exaggerates American culture, but it turns out looking fairly accurate, despite the at times hyperbolic situations. These stories are clever, sad, but often darkly funny. You may even find yourself rooting for some of the most flawed characters and their far-reaching dreams.

Lincoln in the Bardo

During the beginning of the civil war, President Lincoln loses his eleven-year-old son, Willie and Lincoln visits his crypt to hold his body. Willie is gone, but he is stuck in the in-between, along with other ghosts. In this transitional time between life and death, called the bardo, while the North and South wage war, another battle follows suit for Willie’s soul