In the Country of the Blind by Edward Hoagland, A Reader’s Advisory

The New Title Tuesday recommendation this week, In the Country of the Blind by Edward Hoagland, is a literary journey to rural Vermont in the Vietnam era as perceived through the eyes and ears of a nearly blind man.

Summary: This capstone novel, set in Vermont’s Northeast Kingdom, introduces Press, a stockbroker going blind. Press has lost his job and his wife and is trying to figure out his next move, holed up in his Vermont cabin surrounded by a hippy commune, drug runners, farmers-gone-bust, blood-thirsty auctioneers, and general ne’er-do-wells. Solace and purpose come from the unlikeliest sources as he learns to navigate his new landscape without sight. Hoagland, himself, is going blind, and through this evocative, unsentimental novel, we experience the world closing in around Press, the rising panic of uncertainty, the isolation of exile, the increasing dependence upon the kindness of strangers, and a whole new appreciation of the world just beyond sight.

Press, short for Prescott, hits age forty-six with more than a run-of-the-mill midlife crisis.  He has to address what direction the rest of his life will take sooner than most and with the loss of sight, status, and security in all of its forms.   Yes, there is fear that is inherent in not knowing what is making that nearby noise and the doubt that results from the inability to read a person’s expression or body language.

“Blindness was like meditating at a Quaker meeting, Press decided. Other people might be present but your awareness of them was limited.”

However, Press takes on risks such as riding a bike to a neighbor’s house and becoming involved with a member of the commune.  None of these would have been unlikely had Press moved into a nursing home and remained active in the country club.  In any case, limited finances have removed these as options.

Hoagland also provides the reader with a rich palette of sounds and tactile imagery.  Press has taken the effort to learn the distinctive calls of the native birds.   Details like these are no surprise from an author who the Washington Post called “the Thoreau of our times.”

“That night, he heard both great horned owls hooting from the swamp and barred owls from the mountainside….  A porcupine was methodically chewing on the salty, oily floorboards of his garage, then quarreling in high-pitched, abbreviated whines with another.”

Still, it is the rich diversity of characters and the common thread connectedness that make this “a world worth living in and for” and In the Country of the Blind a novel worth your time.

Hoagland on Nature:  Hoagland reports from the frontlines of life. He recounts fascinating details with exacting prose. He’s irascible, brilliant, probing, sharp-witted, and brutally honest-about himself and the state of the natural world. 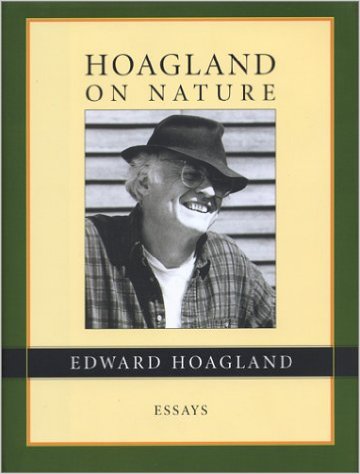