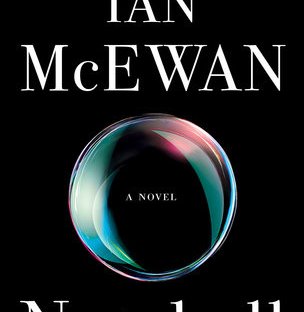 If you haven’t noticed, there’s a plethora of Shakespeare play rewrites marking the 400th anniversary of his death.  I haven’t gone out of my way to read them, but I knew I had to get my hands on Nutshell by Ian McEwan after reading Analisa Quinn’s NPR review.

In Nutshell, we see a bookish mind at play. And it turns out that a fetal Hamlet — bound, watching the inevitable event grow nearer, an extravagant and erring spirit confined in doubts and impotence — is actually just about right.

Snug, enwombed, wearing his mother’s cervix like a cap, our unnamed narrator listens while his mother — “untrue Trudy” — and his uncle — “priapic, satanic Claude” — plot the death of his poet father.”

Yes, the narrator in this Hamlet adaptation is the Trudy’s eight-month-fetus.  Naturally, the awareness of this crime-to-be, as well as the dismal state of the world that Hamlet learned about from listening to his mother’s educational podcasts, leads our fetus to question the wisdom of entering such dangerous and unpredictable world.   Speaking through the fetus, McEwan acknowledges the problems of life outside the womb, but gives the reader a hopeful perspective:

“Pessimism is too easy, even delicious,” the fetal narrator says. It’s “the badge and plume of intellectuals everywhere. It absolves the thinking classes of solutions.”

In his Washington Post review, Ron Charles states, “If you can get beyond that icky premise, you’ll discover a novel that sounds like a lark but offers a story that’s surprisingly suspenseful, dazzlingly clever and gravely profound. To the extent that Hamlet is an existential tragedy marked with moments of comedy, Nutshell is a philosophical comedy marked by moments of tragedy.”

With McEwan’s proven mastery of story-telling (fifteen bestselling books) and  Atonement  – winner of the National Book Critics Circle Award.  Other recent works by McEwan include   The Children Act  and  Sweet Tooth.

If you want to review or see nfor the first time Shakespeare’s Hamlet, check out this first-ever full-text film about the Prince of Denmark 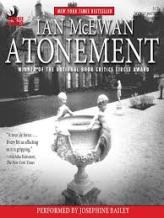