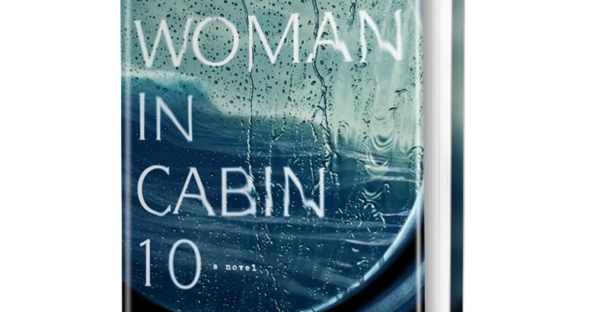 My New Title Tuesday pick is perfect if you’re looking to immerse yourself in pulse-quickening psychological crime thriller set on a luxury cruise on the North Sea. I recommend The Woman in Cabin 10 by Ruth Ware.

Summary:  When travel journalist Lo Blacklock is invited on a boutique luxury cruise around the Norwegian fjords, it seems like a dream career opportunity. But the trip takes on a nightmarish turn when she wakes in the middle of the night to hear a body being thrown overboard; only to discover that no-one has been reported missing from the boat.

There is certainly no ‘sophomore slump’ in Ware’s second novel.  From the first page, I was drawn into the suspense and kept reading long past the time I should have been on to other tasks.  The pulse and rhythm of Ware’s writing conjured an eerie musical soundtrack as I read. The book opens with Lo waking up to discover a man in her apartment.

There’s no point in wondering what he looked like, because, believe me, I went over it about twenty-five times with the police. “Not even a bit of skin around his wrists?” they kept saying. No, no, and no. He had a hoodie on, and a bandanna around his nose and mouth, and everything else was in shadow. Except for his hands.

On these he was wearing latex gloves. It was that detail that scared the shit out of me. Those gloves said, “I know what I’m doing.” They said, “I’ve come prepared.” They said, “I might be after more than your money.”

Many reviewers have compared The Woman in Cabin 10 to classic locked-door mysteries of Agatha Christie.  However, this psychological thriller will appeal to modern audiences with its many intense twists and a flawed protagonist and a maybe unreliable narrator.

It is notable that Ware’s first novel, In a Dark, Dark Wood, was still on the New York Time Bestseller list when The Woman in Cabin 10 became an instant bestseller.

For a relatively new author, Ware has the potential to become a household name among mystery fans.