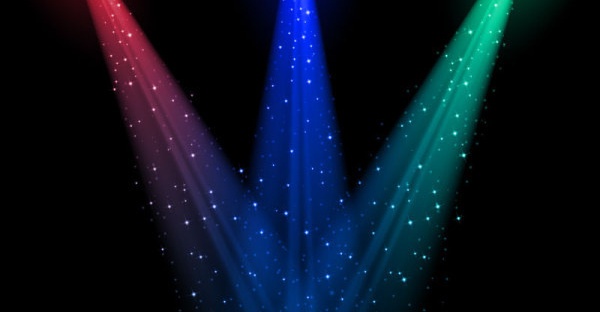 Each month we invite patrons to Meet the Staff. This month we introduce Sean, a cheerful member of the circulation staff. Sean has almost reached the one year mark, joining us in April 2018. The next time you’re at the library, be sure to ask him about his hobbies and favorite books.

I’ve lived in O’Fallon my whole life. Coming to the library with my mom and sisters had always been a thing mainly because we’ve always lived in walking distance. Admittedly the biggest pull for me was the Laverna Evans Book-it Program because of the rewards.  The pizza was amazing and still is. The first books I wanted to check out were about magic and ventriloquism. (I have succeeded in neither!) Since then, I have moved on to fiction only. My favorite books are the Harry Potter series by J.K. Rowling, which happen to be the first fiction books I chose to read that wasn’t a school assignment.  I have read the series 14 times with no regrets. Tom Clancy’s Splinter Cell series is a close second, followed by The Hunger Games trilogy by Suzanne Collins, and Rick Riordan’s Percy Jackson and the Olympians.

The staff here is the best, and the majority of them have a super competitive side which is awesome.  Before the library, I had multiple jobs in many different fields.  I ran a Martial Arts Studio, worked multiple retail jobs, four different restaurants, and two security jobs.  My most exciting/dangerous one was being a Security Officer in Richmond Heights. The highlight was I got to be private security for David Freese the year he hit it big. The low part of that job was being hit by a car – the driver’s intent to run me over. (Coolest thing to happen to me and they wouldn’t even let me have a copy of the footage!)  Needless to say, working here at the library is the safest and most fun job I’ve ever had.

Working here has also really aided in my hobbies, which consist of anime, manga, Video games and board games.  All of which are provided here at the library, and if they aren’t at ours, I can always order from another.  Manga and games have always been my thing; in grade school, I spent most of my time drawing anime characters.  Once high school came around, all my drawing time was completely replaced by video games. Call of Duty 4 Modern Warfare was my game. Whoever thinks that they were the best at the game hasn’t played me yet.  I absolutely lived for head-shotting someone across the map with an iron sights Skorpian SMG. Hanging out with my high school friends and doing nothing but playing games against each other was the best – a lot simpler time, before bills.

Aside from anime, games, and books, I do have some TV shows that I can’t go without. My number one show is Doctor Who. That show is the embodiment of inspiration, drama, and laughs. The cast is always amazingly picked, and the show hits all the right topics. My second favorite show has got to be The Walking Dead. The show does hit some slow points every now and then, but what’s not to love about zombies eating people?  Movies are in a different direction for me; my all-time favorite movie is Black Knight with Martin Lawrence. I don’t know how many times I’ve watched it, but I can almost recite it while it’s playing.