Are you waiting on one of your favorite books to be adapted to film? So are we! As the days grow shorter there’s nothing like spending time with a good book or good film (based on a book) on a gloomy Fall or Winter evening. Why did we pick these three books? They all have a modern twist and are coming out in 2018!

There is not one, but two Little Women adaptations to watch, so this September you can see many sides to this classic masterpiece by watching a television series by BBC that is now available for streaming on PBS, and then watching a modern-day movie adaption that will be released in theaters on September 28th.

The television series follows the lives of the March sisters growing up during the Civil War as they navigate love and loss, failure and success, and solidify their places in a world not so made for women. Be sure to put in a library holds request for the series.

In September, however, you can catch an all-new telling of this classic that instead takes place in present day after the March sisters are grown all while flashing back to moments in their childhood that have been taken from the story and adapted. If you are looking for a page for page adaptation, this film isn’t for you. However, if you’re interested in a classic tale with a very new twist, look out for Little Women next month.

You can also reread the book if you’d like. Come check out a copy here at the library! 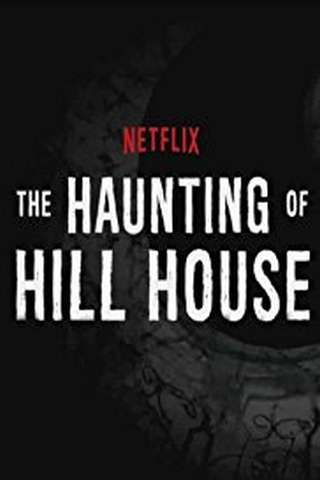 The Haunting of Hill House

The famous horror classic, The Haunting of Hill House, is coming to Netflix in form of a television series just in time for Halloween. It seems like we are in for a surprise because the adaption is not so straightforward. It follows on modern-day characters as well as old characters from years before who are haunted by ghosts within Hill House as well as the ghosts of their past. Shirley Jackson’s style of suspense and horror works in a subtle way that makes her stories all the more chilling.

Netflix will release this series on October 12th, but if you can’t wait, check out the book for a quick read! And if you’d like even more information, take a look at a more detailed post from last year. If you don’t have a Netflix account, never fear. We have Roku streaming devices equipped with Netflix available for you to check out and take home.

The beloved children’s book, Mary Poppins, makes an appearance this December. This is no retelling of the musical but an all-new sequel.  Set in the 1930’s, in the aftermath of tragedy, 25 years after her initial visit, Mary Poppins (Emily Blunt) returns to the same house on Cherry Tree Lane. The children, Jane and Michael, however, are all grown up, and Michael lives there with his three children. Along with her street lighter friend, Jack, Poppins helps the Banks family rediscover happiness and fun in their lives.

Don’t forget to watch out the original film before the new movie hits the box office. And you can check out the first book and the following books, Mary Poppins Comes Back, and Mary Poppins Opens the Door.

We hope you enjoy these books to film. Be sure to keep a lookout for more because 2018 and 2019 will have some great literary adaptations coming our way!