This week’s New Title Tuesday pick, The King’s Witch by Tracy Borman, is the first installment in the new Frances Gorges Trilogy.  Not only is this a well-researched historical novel, it demonstrates that the problems of society in the past are not all that different than those of today – religious intolerance, plots to blow-up the government, and the subordination of women.

Publisher’s Summary: Already a great historian, Tracy Borman proves with this thrilling debut novel that she is also a born storyteller.

As she helps to nurse the dying Queen Elizabeth, Frances Gorges longs for the fields and ancient woods of her parents’ Hampshire estate, where she has learned to use the flowers and herbs to become a much-loved healer.

Frances is happy to stay in her beloved countryside when the new King arrives from Scotland, bringing change, fear and suspicion. His court may be shockingly decadent, but James’s religion is Puritan, intolerant of all the old ways; he has already put to death many men for treason and women for witchcraft.

So when her ambitious uncle forcibly brings Frances to court, she is trapped in a claustrophobic world of intrigue and betrayal – and a ready target for the twisted scheming of Lord Cecil, the King’s first minister.

Surrounded by mortal dangers, Frances finds happiness only with the precocious young Princess Elizabeth, and Tom Wintour, the one courtier she can trust.

Tracy Borman is England’s joint Chief Curator of Historic Royal Palaces and Chief Executive of the Heritage Education Trust. She is the author of many highly acclaimed books, including The Private Lives of the Tudors, Thomas Cromwell: The Untold Story of Henry VIII’s Most Faithful Servant, Elizabeth’s Women, and a first work of fiction, The King’s Witch. Borman is a regular broadcaster and public speaker.

Perhaps it’s the fact that this country was first colonized by the English, but Americans have long been drawn to the British monarchy and its history of far-reaching and often corrupt use of power.  It’s hard not to know of Henry VIII’s multiple marriages and murdered wives or how Queen Victoria transformed her country and spread the empire across the world.  But, with all the intrigue and betrayal in the royal court over the centuries, it’s easy to forget about this King James as anything other than that he commissioned the translation of the Bible generally called the King James Version.

In The King’s Witch, we see James I as a paranoid, witch-hating Puritan.  Likewise, we see the Gunpowder Plot as a rebellion against religious persecution through the perspective of Catholics such as Guy Fawkes and Frances’s love interest, Tom Wintour.

As Annie Peters said in her review for BookPage, “Masterfully set in a tumultuous time with well-crafted characters, The King’s Witch is a wonderful first novel that is difficult to put aside. Borman makes historical figures, such as the insecure King James and the intelligent, honorable Tom Wintour come to life on the page. Readers will root for the fictional Frances, who faces impossible odds at times but never loses her sense of self. The first book of a trilogy, The King’s Witch will have its readers waiting impatiently for the next two volumes.”

This is a perfect, easy-to-read book for royal-watchers and those who enjoy looking at historical events through a different lens. 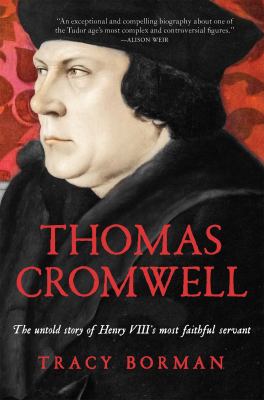 Thomas Cromwell: The Untold Story of Henry VIII’s Most Faithful Servant – With new insights into Cromwell’s character, his family life and his close relationships with both Cardinal Wolsey and Henry VIII, joint Chief Curator of Historic Royal Palaces Tracy Borman examines the life, loves and legacy of the man who changed the shape of England forever.

The Private Lives of the Tudors: Uncovering the Secrets of Britain’s Greatest Dynasty  – Borman delves deep behind the public face of the monarchs, showing us what their lives were like beyond the stage of court. Drawing on the accounts of those closest to them, Borman examines Tudor life in fine detail. What did the monarchs eat? What clothes did they wear, and how were they designed, bought, and cared for? How did they practice their faith? And in earthlier moments, who did they love, and how did they give birth to the all-important heirs? 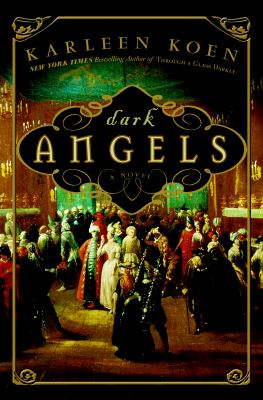 Dark Angels by Karleen Koen – is a feast of a novel that sparkles with all the passion, extravagance, danger, and scandal of seventeenth-century England.

Alice Verney is a young woman intent on achieving her dreams. Returning to England after a messy scandal forced her to flee to Louis XIV’s France, Alice is anxious to re-establish herself by regaining her former position as a maid of honor to Charles II’s queen and marrying the most celebrated duke of the Restoration.

But all is not as it seems in the rowdy, merry court of Charles II. Since the Restoration, old political alliances have frayed, and there are whispers that the king is moving to divorce his barren queen, who some wouldn’t mind seeing dead. Alice, loyal only to a select few, is devoted to the queen, and so sets out to discover who might be making sinister plans—and if her own father is one of them.

When a member of the royal family dies unexpectedly, the stakes are raised. As Alice steps up her efforts to find out who is—and isn’t—true to the queen, she learns of shocking betrayals throughout court, and meets a man who she may fall in love with—and who could spoil all of her plans. With the suspected arrival of a known poison-maker, the atmosphere in the court electrifies, and suddenly the safety of the king himself seems uncertain. Secret plots are at play, and war is on the horizon—but will it be with the Dutch or the French? And has King Charles himself betrayed his country for greed?

Unforgettable in its dramatic force, here is a novel of love and politics, of romance and betrayal, of power and succession—and of a resourceful young woman who risks everything for pride and status in an era in which women were afforded little of either.