This week’s New Title Tuesday pick Rough Animals by Rae DelBianco is not the type of book I normally choose, but I took a chance and enjoyed getting out of my comfort zone – not just in terms of genre but also habitat.  The story is about the hardscrabble life of struggling ranchers far from the conveniences and relative safety of urban life. 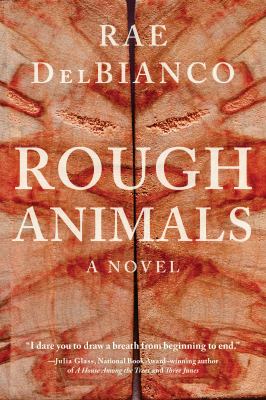 Publisher’s Summary:   Wyatt Smith is 23 years old, with one eye, a twin sister, and a ranch where the body of their father is hidden…

Ever since their father’s untimely death five years before, Wyatt Smith and his inseparably close twin sister, Lucy, have scraped by alone on their family’s isolated ranch in Box Elder County, Utah. That is until one morning when, just after spotting one of their bulls lying dead in the field, Smith is hit in the arm by a hail of gunfire that takes four more cattle with it. The shooter: a fever-eyed, fearsome girl-child with a TEC-9 in her left hand and a shotgun in her right. They hold the girl captive, but she breaks loose overnight and heads south into the desert. With the dawning realization that the loss of cattle will mean the certain loss of the ranch, Smith feels he has no choice but to go after her and somehow find restitution for what’s been lost.

His decision sets him on an epic twelve-day odyssey through a nightmarish underworld he only half understands; a world that pitches him not only against the primordial ways of men and the beautiful yet brutally unforgiving landscape, but also against himself. As he winds his way down from the mountains of Box Elder to the mesas of Monument Valley and back, Smith is forced to look for the first time at who he is and what he’s capable of, and how those hard truths set him irrevocably apart from the one person he’s ever really known and loved. Steeped in a mythic, wildly alive language of its own, and gripping from the first gunshot to the last, Rough Animals is a tour de force from a powerful new voice.

The jacket cover says that Rough Animals is for fans of Breaking Bad and No Country for Old Men.  This is an apt description and readers should be aware of the violence and desperation driving the story.  With that said, the writing is as spare and clear as the desert sky.

Rough Animals, at its core, is about survival.  In an interview with Aram Mrjoian for Chicago Review of Books, DelBianco said, “Survival has a lot more to do with mental strength than physical strength. So while there are limits (especially in a world of shotguns and TEC-9s), usually the question of how much a person’s body can take is determined by what their mind will allow them to do—whether they can ignore social norms, move past their old ideas of what is honorable or ‘right,’ and even dismiss logic when it says they should already be dead.”

Fair warning, there are some gruesome events in Rough Animals. That is exactly why I believe it will soon be a motion film blockbuster that I’d happily see in its first run at the theater.

No Country for Old Men by Cormac McCarthy – Llewelyn Moss is hunting antelope near the Texas/Mexico border when he stumbles upon several dead men, a big stash of heroin, and more than two million dollars in cash. He takes off with the money–and the hunter becomes the hunted. A drug cartel hires a former Special Forces agent to track down the loot, and a ruthless killer joins the chase as well. Also looking for Moss is the aging Sheriff Bell, a World War II veteran who may be Moss’ only hope for survival. 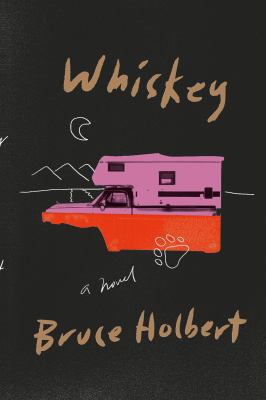 Whiskey by Bruce Holbert – Brothers Andre and Smoker grew up in Electric City, Washington, just a few miles south of the Colville Indian Reservation. Raised in the cauldron of their parents’ failed marriage and appetite for destruction, they find themselves in the same straits as adults — navigating not only their own marriages, but also their parents’ frequent collision with the law and each other. When a religious zealot takes off with Smoker’s daughter, there’s no question that his brother, who continues doggedly to try and put his life in order, will join him in an attempt to return her.

The Which Way Tree by Elizabeth Crook – Early one morning in the remote hill country of Texas, a panther savagely attacks a family of homesteaders, mauling a young girl named Samantha and killing her mother, whose final act is to save her daughter’s life. Samantha and her half brother, Benjamin, survive, but she is left traumatized with her face horribly scarred. Samantha and Benjamin set out to stalk and kill the panther, rumored across the Rio Grande to be a demon, and avenge her mother’s death. In their quest they enlist a charismatic Tejano outlaw and a haunted, compassionate preacher with an aging but relentless tracking dog. As the members of this unlikely posse hunt the panther, they are in turn pursued by a sadistic Confederate soldier.