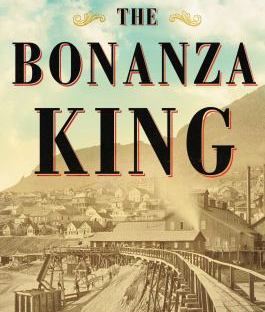 According to OxfordDictionaries.com, the term bonanza is defined as a situation which creates a sudden increase in wealth, good fortune, or profits.  So, this is not to confuse this week’s New Title Tuesday selection with a popular television western. The Bonanza King, John MacKay and the Battle Over the Greatest Riches in the American West by Gregory Crouch tells how a penniless Irish immigrant amassed a fortune equaling the equivalent of $40 billion today. 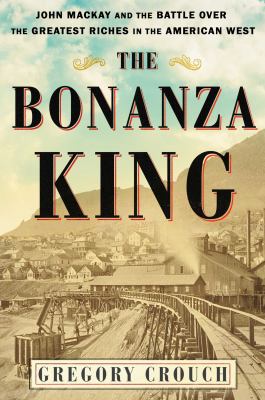 Publisher’s Summary: The rags-to-riches American frontier tale of an Irish immigrant who outwits, outworks, and outmaneuvers thousands of rivals to take control of Nevada’s Comstock Lode—the rich body of gold and silver so immensely valuable that it changed the destiny of the United States.

Born in 1831, John W. Mackay was a penniless Irish immigrant who came of age in New York City, went to California during the Gold Rush, and mined without much luck for eight years. When he heard of riches found on the other side of the Sierra Nevada Mountains in 1859, Mackay abandoned his claim and walked a hundred miles to the Comstock Lode in Nevada.

Over the course of the next dozen years, Mackay worked his way up from nothing, thwarting the pernicious “Bank Ring” monopoly to seize control of the most concentrated cache of precious metals ever found on earth, the legendary “Big Bonanza,” a stupendously rich body of gold and silver ore discovered 1,500 feet beneath the streets of Virginia City, the ultimate Old West boomtown. But for the ore to be worth anything it had to be found, claimed, and successfully extracted, each step requiring enormous risk and the creation of an entirely new industry.

Now Gregory Crouch tells Mackay’s amazing story—how he extracted the ore from deep underground and used his vast mining fortune to crush the transatlantic telegraph monopoly of the notorious Jay Gould. When Mackay died in 1902, front-page obituaries in Europe and the United States hailed him as one of the most admired Americans of the age. Featuring great period photographs and maps, The Bonanza King is a dazzling tour de force, a riveting history of Virginia City, Nevada, the Comstock Lode, and America itself.

John MacKay, pronounced Mackie, is not a household name, though he is an important figure if not also someone whose determination and attention to detail led to his professional success.  As Crouch described in The Bonanza King, it was difficult to be any lower on the rung of success than the MacKay family. Irish Catholics were discriminated against just for being Catholic in Great Britain, but immigrating to America didn’t guarantee a marked improvement.

“…established Yankee Protestants despised the Irish immigrants, scorning them as “superstitious papists” and ‘illiterate ditch diggers.’ Many Protestants judged Catholicism—with its devotion to an imagined papal dictatorship—to be philosophically incompatible with the ideals of American democracy. Established, respectable Americans discriminated ferociously against the filthy Irish suddenly infesting the slums of eastern cities… Help wanted advertisements often carried the qualifier ‘any color will answer except Irish.'”

Crouch gives full scenic coverage in  The Bonanza King of the silver-fever that fueled the mining rush, the “whisky and gunsmoke glories of the Old West,” the punishing winter that killed 15,000 horses, oxen, caws, and swine, and the intrusion on tribal lands that resulted in bloody battles.

Whether it was the looming Civil or Indian Wars, MacKay kept his focus on the mine.  He didn’t fall for the get-rich-quick schemes of so many of his peers.  “An immensely practical man, Mackay started at the bottom and worked his way up, educating himself in every facet of Comstock mining by doing it himself, trying to peer ahead, into the rock and into the future, to figure out how he might win his own share of the riches that surrounded him every day,”  Crouch wrote.  It was this determination that enabled MacKay to rise out of the disease infested Irish slum to become one of the world’s richest men.

What makes The Bonanza King an interesting read is that MacKay was an honest, well-intentioned man unmarred by scandal or unchecked greed. “Mackay never chiseled on his employee’s wages,” Crouch wrote.  He was a good boss, a loving husband, a doting father to both his biological and step children.

The Bonanza King doesn’t pardon the environmental costs of mining nor forgive the violence inflicted on Native American tribes.  It is a deep look at a largely unknown but important historical figure and his impact on this country. 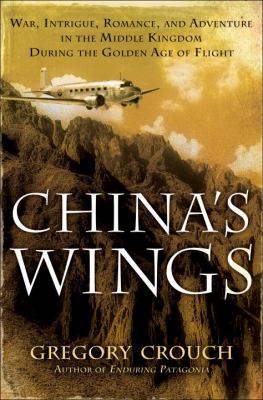 China’s Wings: War, Intrigue, Romance, and Adventure in the Middle Kingdom During the Golden Age of Flight –  From the acclaimed author of Enduring Patagonia comes a dazzling tale of aerial adventure set against the roiling backdrop of war in Asia. The incredible real-life saga of the flying band of brothers who opened the skies over China in the years leading up to World War II—and boldly safeguarded them during that conflict—China’s Wings is one of the most exhilarating untold chapters in the annals of flight. 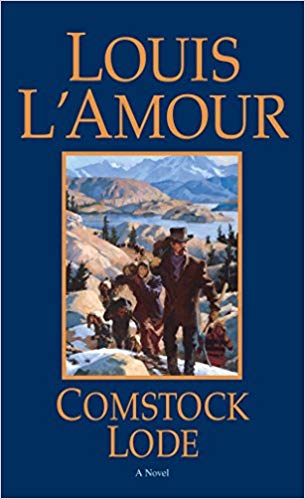 Comstock Lode by Louis L’Amour – It was just a godforsaken mountainside, but no place on earth was richer in silver. For a bustling, enterprising America, this was the great bonanza. The dreamers, the restless, the builders, the vultures—they were lured by the glittering promise of instant riches and survived the brutal hardships of a mining camp to raise a legendary boom town. But some sought more than wealth. Val Trevallion, a loner haunted by a violent past. Grita Redaway, a radiantly beautiful actress driven by an unfulfilled need. Two fiercely independent spirits, together they rose above the challenges of the Comstock to stake a bold claim on the future.

West of Washoe : a Western Story by Tim Champlin – On his second trip to Virginia City in Nevada Territory, Gil Ross, who had been a magazine writer reporting on silver strikes, is now a mining engineer employed by the federal government; a whole new set of problems are occurring in Virginia City with stagecoaches being held up by gangs. — Provided by publisher.