Not Here by Hieu Minh Nguyen is raw and visceral, but also an accessible collection of poems from a point of view that needs to be heard.  Note, a reader’s advisory is in place due to the adult themes and sexual content.  Nguyen’s thirty-nine poems in this volume are confessions of his search for acceptance from others as well as from himself. 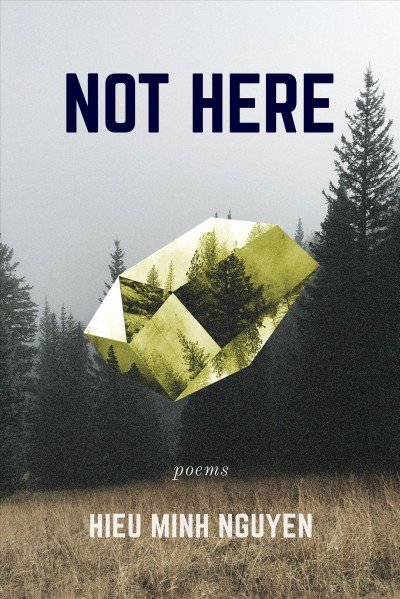 Publisher’s Summary: Not Here is a flight plan for escape and a map for navigating home; a queer Vietnamese American body in confrontation with whiteness, trauma, family, and nostalgia; and a big beating heart of a book. Nguyen’s poems ache with loneliness and desire and the giddy terrors of allowing yourself to hope for love, and revel in moments of connection achieved.

Hieu Minh Nguyen is a queer Vietnamese American poet and performer based out of Minneapolis. Recipient of 2017 NEA fellowship for poetry, Hieu is a Kundiman fellow, a poetry editor for Muzzle Magazine, and an MFA candidate at Warren Wilson College. His work has appeared in PBS Newshour, POETRY Magazine, Gulf Coast, BuzzFeed, Poetry London, Nashville Review, Indiana Review, and more. His debut collection of poetry, This Way to the Sugar (Write Bloody Publishing, 2014) was named a finalist for both the Lambda Literary Award and the MN Book Award.

In full disclosure, I didn’t know anything about Nguyen before I picked up Not Here while perusing the New Titles shelf.   As I tend to do, I flipped open to a random poem.  I landed on page 37, in the last section of what now know is “Again, Let Me Explain Again.”

if I say it out loud

I will cast a curse.

I’m not sure who

Those twelve lines read out of context was all it took for me to decide to check it out and read the poem and the entire book from beginning to its end.

Nguyen understands the impact of form and how the poem should look on the page.  He makes it look effortless.

Poet and educator, Anh-Hoa Thi Nguyen, wrote in her review for diaCritics: “The poetic language, stylistic forms, and symbols used by Nguyen throughout this collection reflect the emotional and spatial relationship of the speaker’s experience of alienation and marginalization as a young, Vietnamese American, gay male, survivor and son of war refugees in the Midwest.”

While it’s important to understand how a poem or a car works, not knowing the details won’t prevent one from experiencing the ride, gliding up and down hills and valleys, increasing and decreasing speeds, and the exhilaration of  travel to new and known places.

Nguyen’s poetry is akin to driving through beautiful mountain passes with it’s dangerous curves, breathtaking descents into the lowest valley, and climbing to that gorgeous overlook.

If you really want to feel your heart breaking and clawing toward hope, read “Notes on Staying” – the last poem in Not Here in which Nguyen deconstructs his complicated relationship with his mother.  Or you can listen to the poet’s emotional recitation on YouTube:  https://www.youtube.com/watch?v=9eX1HrytseE

Junk by Tommy Pico – The third book in Tommy Pico’s Teebs trilogy, Junk is a breakup poem in couplets, a frenetic book-length exorcism of personal and collective demons. The poem is driven by pop culture references (Janet Jackson is the work’s patron saint); commentary on gay hookup culture; and allusions to such world events as the Syrian refugee crisis, the 2016 shooting at Orlando’s Pulse nightclub, and the water protectors’ uprising at Standing Rock. These references build into an apocalyptic crescendo via Pico’s propulsive fervor, junk piling on junk. Junk also doubles as metaphor for the psychic state of terror one experiences as a target of persecution. The poem is a therapeutic process for poet and reader alike; Pico demonstrates that a person’s many selves, traumas, anxieties, hookups, and breakups can become a marker of courage and survival. 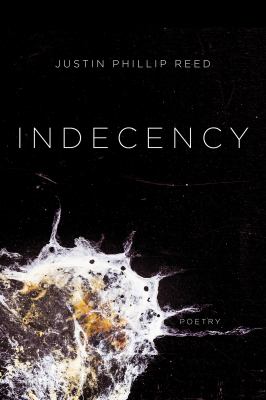 Indecency by Justin Phillip Reed – In these poems, Justin Phillip Reed experiments with language to explore inequity and injustice, and to critique and lament the culture of white supremacy and the dominant social order. Political and personal, violent, daring, and insightful, the author unpacks his intimacies, weaponizing poetry to take on masculinity, sexuality, exploitation, and the prison industrial complex, and unmask the failures of the structures into which society sorts us.

Blue Rose by Carol Muske-Dukes – A new collection from a poet whose work “has long been essential reading” (Jorie Graham) Carol Muske-Dukes has won acclaim for poetry that marries sophisticated intelligence, emotional resonance, and lyrical intensity. The poems in her new collection, Blue Rose, navigate around the idea of the unattainable–the elusive nature of poetry, of knowledge, of the fact that we know so little of the lives of others, of the world in which we live. Some poems respond to matters of women, birth, and the struggle for reproductive rights, while others draw inspiration from the lives of women who persisted outside of convention, in poetry, art, science: the painter Paula Modersohn-Becker; the pioneering molecular biologist Rosalyn Franklin, best known for her role in the discovery of DNA; and the American poet and writer Ina Coolbrith, California’s first poet laureate”– Provided by publisher.