Carys Davies’ debut novel West is as gripping as it is spare.  This spartan prose symbolizes and reflects the possessions and lives of the characters the author explores.  Cy Bellman, a grieving widower, strikes out with meager possessions and too little knowledge about his destination to locate the bones of an extinct giant creature.  He leaves behind very little in the way of money or emotional support for his young daughter, Bess.

This economy of words is no doubt a characteristic Davies honed in crafting her award winning short stories.  She won the Jerwood Fiction Uncovered Prize, the Royal Society of Literature’s VS Pritchett Prize and was longlisted for the Sunday Times EFG Short Story Award.

Publisher’s Summary: When widowed mule breeder Cy Bellman reads in the newspaper that colossal ancient bones have been discovered in a Kentucky swamp, he sets out from his small Pennsylvania farm to see for himself if the rumors are true: that the giant monsters are still alive and roam the uncharted wilderness beyond the Mississippi River. Promising to return within two years, he leaves behind his daughter, Bess, to the tender mercies of his taciturn sister, Julie. With only a barnyard full of miserable animals and her dead mother’s gold ring to call her own, Bess fills lonely days tracing her father’s route on maps at the subscription library in town and shrinking from the ominous attentions paid to her and her aunt by their neighbor and sometimes yard hand, Elmer Jackson. Bellman, meanwhile, ventures farther and farther from home, across the harsh and alien landscapes of the West in reckless pursuit of the unknown.

From Frank O’Connor Award winner Carys Davies, West is a spellbinding and timeless epic-in-miniature, an eerie parable of early frontier life, and an electric monument to possibility.

Even with the loss and danger that settlers, explorers, and Native Americans faced in the early 1800’s, Davies infuses hope in West.  Bellman taught his daughter to read so she would be able to understand the letters he planned to write while on his journey.  But the only book that she had access to was her aunt’s Bible.

Bess vicariously accompanied her father on his journey through maintaining her faith in his despite that no one in the community, including her aunt, had a positive word to say about the foolhardy journey. When the predatory librarian allowed Bess access to the subscription library for free, she was she was cunning enough to sense and escape the threat.

Fortunately, West is short, because once I started, I didn’t stop until I knew how things would end for young Bess and her father.

In addition to the woolly mammoths, the theme of extinction is explored is through Bellman’s Shawnee guide, an 18 year old boy whose tribe chose to quit fighting and move west even though they knew they were being cheated by the white settlers.

As Sarah Gilmartin said in her Irish Times review, “West has the wisdom and lyrical prose of a folk tale whose power grips from the beginning and demands a single-session read.” 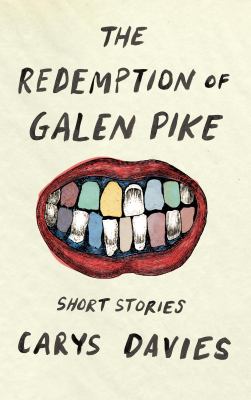 The Redemption of Galen Pike – From remote Australian settlements to the snows of Siberia, from Colorado to Cumbria, restless teenagers, middle-aged civil servants, and Quaker spinsters traverse expanses of solitude to reveal the secrets of the human heart. Written with raw and rigorous prose, charged throughout by a prickly wit, the stories in The Redemption of Galen Pike remind us how little we know of the lives of others.   The quiet — On Commercial Hill — Jubilee — The travellers — Myth — Bonnet — First journeyman — Precious — The taking of Bunny Clay — Miracle at Hawk’s Bay — In the cabin in the woods — The coat — The redemption of Galen Pike — Wicked fairy — Creed — Nothing like my nightmare — Sibyl.

You May Also Enjoy: 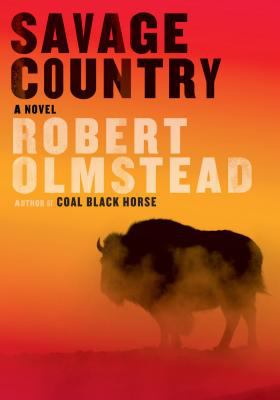 Savage Country – A Novel by Robert Olmstead – September 1873. Elizabeth Coughlin, a widow bankrupted by her husband’s folly and death, embarks on a buffalo hunt with her estranged brother-in-law, Michael. As they ride across the Deadline demarcating Indian Territory from their home state, Kansas, they’re on borrowed time: the Comanche are in winter quarters, and the cruel work of slaughtering the buffalo is unraveling their souls. 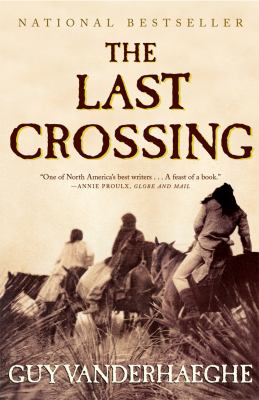 The Last Crossing – Englishmen Charles and Addington Gaunt are ordered by their father to find their brother Somon, who has gone missing in the wilds of the American West. In the outreaches of the Montana frontier, the brothers hire Jerry Potts, a half-Blackfoot, half-Scot guide, to lead them north, where Simon was last seen.