May is Mental Health Awareness Month so here are some great recommendations to check out! Whether you or a friend is coping with mental health problems or you just want to explore a very human experience, see if any of these fiction novels are for you. 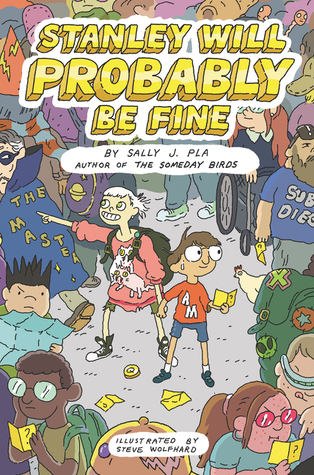 Stanley Will Probably Be Fine by Sally J. Pla

Stanley has always been the smallest kid in his class and now his new school isn’t any different. Even at home,  he’s small, especially compared to his older brother, Calvin, who can stuff him in a dog crate at a moment’s notice. Even worse, his mom thinks his anxiety will suddenly go away if he makes new friends. Stanley’s only escape is his quiet, ill-painted space-themed bedroom where he can read comic books. Then when Stanley faints during a fire drill, he has permission to spend drills in a safe room at school where he creates a comic about a safety superhero called John Lockdown. He leaves the comic in the room, but when he returns, someone has continued to work on it and Stanley wonders who they could be.

During this time, Stanley agrees to help his friend Joon with a Trivia Quest so they can win VIP passes to Comic Fest, but Joon ends up deciding to enter the contest with a different friend. Despite losing a friend, Stanley enters the contest, asking his bold new friend, Liberty and he learns how to take control of his anxiety and even how to make new friends and be courageous. 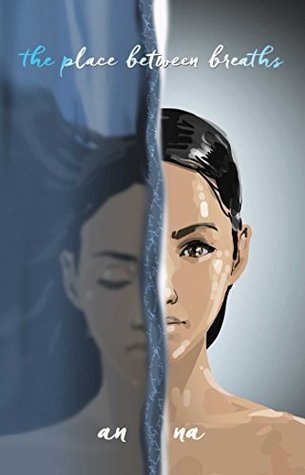 The Place Between Breaths by An Na

Grace King lost her mother to schizophrenia–no she didn’t die. Afraid to hurt her family, her mom just disappeared. Now, Grace is 16 and interning at a lab that studies gene sequencing, hoping that they can one day eliminate or cure the disease. Then one day, she discovers something, perhaps the answer she’s been looking for, but she finds her own mind drifting between delusion and reality. She wonders if she even made the discovery or if it is just another delusion. Grace then has to race time before it’s too late.

This young adult novel breaks into four alternating parts, Winter, Spring, Summer, and Autumn, so time does skip back and forth, mirroring the confusion Grace experiences. In this way, readers struggle alongside Grace to understand what is real and what is not, giving readers a more comprehensible experience.

All Grown Up by Jani Attenberg

Andrea Bern has been living in the same slump for years, working at the same job, inhabiting the same apartment with good rent and a view of the Empire State Building. She doesn’t try to change her situation, but all the while is unhappy while her friends and family seemingly progress in successes of one kind or another, getting married, having children, all while nearly everything in Andrea’s life stagnates. One day, however, she notices a fence surrounding the lot across the street with a construction permit attached. A Ten story condominium is to be built that will completely block her view. While sad this will alter her apartment life forever, she’s also almost glad because at least something surprises her for once. Suddenly, she is awake to the monotony. Then when Andrea’s baby niece is born with a severe ailment, Andrea can either come together with her family or they can all fall apart. This makes her reexamine her life and realize who she really wants to be.