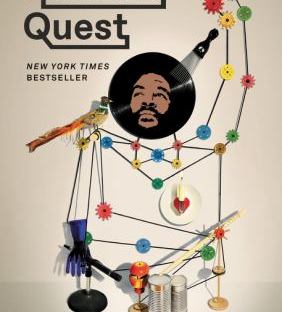 This week’s New Title Tuesday selection, Creative Quest by Questlove with Ben Greenman, is an uplifting and entertaining exploration of the creative process and what it means to seek personal and intellectual challenges.

And who better to offer these insights than Renaissance man, Questlove (Ahmir Khalib Thompson) who is maybe best known as the Roots bandleader on the Tonight Show Starring Jimmy Fallon.  However,  he is also a designer, producer, culinary entrepreneur, professor, and all-around cultural omnivore.  The man hosts food salons where he asks three chefs to design dishes around a broad theme, for goodness sake!

Publisher’s Summary:  A unique new guide to creativity from Questlove—inspirations, stories, and lessons on how to live your best creative life

Questlove shares his wisdom on the topics of inspiration and originality in a one-of-a-kind guide to living your best creative life.

In Creative Quest, Questlove synthesizes all the creative philosophies, lessons, and stories he’s heard from the many creators and collaborators in his life, and reflects on his own experience, to advise readers and fans on how to consider creativity and where to find it. He addresses many topics—what it means to be creative, how to find a mentor and serve as an apprentice, the wisdom of maintaining a creative network, coping with critics and the foibles of success, and the specific pitfalls of contemporary culture—all in the service of guiding admirers who have followed his career and newcomers not yet acquainted with his story.

Whether discussing his own life or channeling the lessons he’s learned from forefathers such as George Clinton, collaborators like D’Angelo, or like-minded artists including Ava DuVernay, David Byrne, Björk, and others, Questlove speaks with the candor and enthusiasm that fans have come to expect. Creative Quest is many things—above all, a wise and wide-ranging conversation around the eternal mystery of creativity.

Creative Quest is not only an enthusiastic sharer of his and others’ challenges and steps to overcome them, he is also interesting because of his wide range of interests and experiences.

Plus, Questlove is funny (another sign of creativity juxtaposing words and ideas).  One early example is how he described questions on a research test as “analytical-word problems, like trying to figure out if a train leaves Georgia at midnight, how many Pips are on it?”

One insight in Creative Quest was from Malcolm Gladwell; Questlove pointed out that creative people are always having ideas. Gladwell explained, “That’s not the trick.  The trick is learning how to capture them without being captured by them.”  Questlove adds that it’s important for people to define what they want and what they do not want from their creative endeavors.  For example, free-writes are not an end but merely a starting point for those who seek to publish their books or articles.

Creative Quest  provides a basic truth: meditate, or surround yourself with silence every day.  In addition, Questlove recommends micro-meditation – taking a few seconds to step back from what you’re doing and let your mind settle.  Read the book to find out how he has developed and used this technique.

These are only a few of the compelling thoughts and actions Questlove has used and recommends to anyone – regardless of the type of creative pursuit.  A perfect read for anyone who wants to add more pizzazz to their work or avocation. 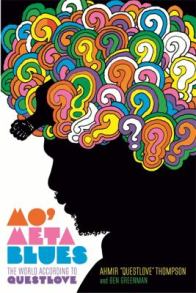 Mo’ Meta Blues: The World According to Questlove by Ahmir “Questlove” Thompson and Ben Greenman  is a punch-drunk memoir in which Everyone’s Favorite Questlove tells his own story while tackling some of the lates, the greats, the fakes, the philosophers, the heavyweights, and the true originals of the music world. He digs deep into the album cuts of his life and unearths some pivotal moments in black art, hip hop, and pop culture.”

Somethingtofoodabout: Exploring Creativity with Innovative Chefs with Ben Greenman – “The frontman of hip-hop stars The Roots and bandleader for Jimmy Fallon’s The Tonight Show draws on conversations with 10 cutting-edge chefs, including Ludo Lefebvre, Dominique Crenn and Nathan Myhrvold, to offer inspirational insights into their creative culinary processes,” “There is a history of food, but it’s also the most ephemeral of the performing arts, because you can’t record it.” / Nathan Myhrvold — “You have to understand the ground rules so that you can decide when to break them.” / Daniel Humm — “I think becoming obsessed over control, especially in the restaurant world, is insane.” / Michael Solomonov — “Don’t show ’em what you got, at least not right away.” / Ludo Lefebvre — “When an idea is a success, you close it down.” / and more. 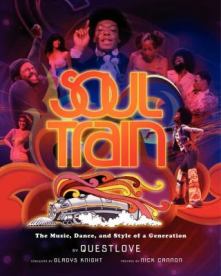 Soul Train: The Music, Dance, and Style of a Generation – an in-depth, fully-photo-illustrated chronicle of the longest-running syndicated program in television history: Soul Train. Introduction. Laying down the tracks — Love : the 1970s. The big idea. A small start for a big idea ; Leavin’ on a morning train to California ; Al Green ; The first family of soul (train) ; The ubiquitous Jacksons — Peace : the 1980s. The big idea. Kicking and screaming ; Tribute to Smokey Robinson ; Keep moving or die ; A new genre and a new Jackson ; From funk to pop ; Soul : the 1990s. The big idea. Meditations on the theme ; The decade-defining sound — The acts. Back to Beastie ; Bell Biv DeVoe ; Lenny Kravitz ; Alternative Black music ; Classic collaboration — The moves. The backup moves up front. 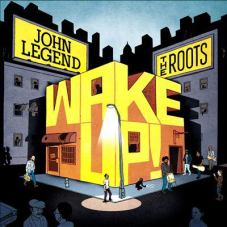