This week’s New Title Tuesday is a tribute to the authors and artists who designed and produced unique and precious books throughout the ages.  Remarkable Books  by contributors, Father Michael Collins, with Alexandra Black, Thomas Cussans, John Farndon, and Philip Parker is one of those volumes that has the power to change a generation’s perspective.  Adults of a certain age must share with children and teens the beauty and content of literature across the ages and cultures. 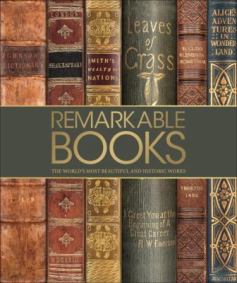 Publisher’s Summary: A beautifully illustrated guide to more than 75 of the world’s most celebrated, rare, and seminal books and handwritten manuscripts ever produced, with discussions of their purpose, features, and creators.
From ancient masterpieces such as The Art of War, written on the leaves of bamboo, to the stunningly illustrated Birds of America, to Chairman Mao’s Little Red Book, Remarkable Books delves into the stories behind the most incredible tomes ever produced, offering an insight into their wider social and cultural context, and is chronologically ordered to demonstrate the synergies between the growth in human knowledge and the bookmaking process. Alongside breathtaking images of the books and manuscripts themselves, close-up views draw out interesting features, which are discussed in greater detail, while biographies tell the lives of the people who produced them.

While I absolutely love audio and eBooks, the reason for that is because I first fell in love with the smell and feel of a treasured book.  Not a mass-produced paperback, but a valued and respected volume that had beautiful images and intricate lettering.  I’d run my hand across the thick, slick page and take in the meaning and gravitas.  An elegant and artistically crafted book deserves the reader’s respect and attention.

The purposes of  Remarkable Books include an overview of the role that books have played over the centuries in shaping thought and sharing information. Another purpose is to provide an introduction to adults and younger readers who are curious about the history and reasons why some books are revered or banned. It also provides suggestions for further examination.

Another reason to check out Remarkable Books is that some of these original texts are not available for viewing outside of museums and library collections such as James Audubon’s Birds of America.

If you have forgotten the awe that certain book inspire, then Remarkable Books will revive you. 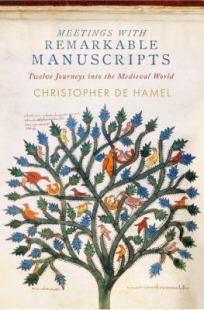 Meetings with Remarikable Manuscripts: Twelve Journeys into the Medieval World by Christopher De Hamel – This is a book about why medieval manuscripts matter. The idea for the book, which is entirely new, is to invite the reader into intimate conversations with twelve of the most famous manuscripts in existence and to explore with the author what they tell us about nearly a thousand years of medieval history — and sometimes about the modern world too. Part travel book, part detective story, part conversation with the reader, Meetings with remarkable manuscripts conveys the fascination and excitement of encountering some of the greatest works of art in our culture which, in the originals, are to most people completely inaccessible”

Don’t just read about great books, check them out!

Common Sense – by Thomas Paine In January 1776, Thomas Paine published a pamphlet called Common Sense,  which electrified the American colonies. Paine demanded freedom from Britain when even fervent patriots were revolting only against excessive taxation. His daring prose spurred passage of the Declaration of Independence. The Crisis, written when Paine was a soldier during the Continental Army’s bleakest days, begins with the world-famous line “These are the times that try men’s souls.” His call for perseverance and fortitude prevented Washington’s army from disintegrating. Later, Paine’s impassioned defense of the French Revolution, Rights of Man, caused an immediate sensation, but got him into deep trouble with the French ruling classes. Together in one volume, Common Sense, Rights of Man, and major selections from The Crisis, The Age of Reason, and Agrarian Justice represent the key works of one of the world’s most eloquent proponents of democracy — the man who has been justly hailed as the “English Voltaire.” 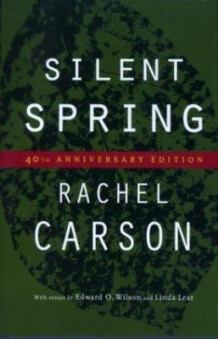 The Book of Kells: An Illustrated Introduction to the Manuscript in Trinity College, Dublin : with 117 illustration, 110  by Bernard Meehan –  The Book of Kells is a masterpiece of medieval art―a brilliantly decorated version of the four Gospels with full-page depictions of Christ, the Virgin and the Evangelists as well as a wealth of smaller decorative painting. The strange imagination displayed in the pages, the impeccable technique and the very fine state of preservation make The Book of Kells an object of endless fascination.

This edition reproduces the most important of the fully decorated pages plus a series of enlargements showing the almost unbelievable minuteness of the detail; spiral and interlaced patterns, human and animal ornament―a combination of high seriousness and humor. The text is by Bernard Meehan, the Keeper of Manuscripts at Trinity College, Dublin.