While the colder weather drives us to cozy nooks and firesides, you may still find yourself getting bored of the indoors. One thing that will keep you entertained for awhile is reading Margaret Atwood’s Alias Grace then watching the adapted series on Netflix. If you also read The Handmaid’s Tale and watched the Hulu adaptation over the summer, I definitely recommend this book. And if you don’t have Netflix, check out one of our Roku streaming devices to watch it and thousands of other titles. 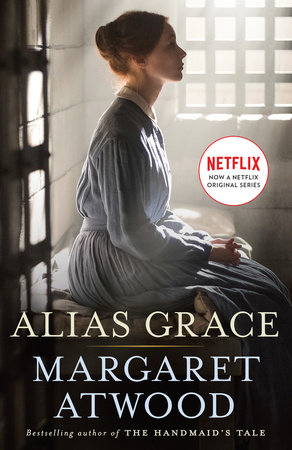 It’s 1843, and Grace Marks has been convicted for her involvement in the vicious murders of her employer, Thomas Kinnear, and Nancy Montgomery, his housekeeper and mistress. Some believe Grace is innocent; others think her evil or insane. Now serving a life sentence, she claims to have no memory of the murders. An up-and-coming expert in the burgeoning field of mental illness is engaged by a group of reformers and spiritualists who seek a pardon for her. He listens to her story while bringing her closer and closer to the day she cannot remember. What will he find in attempting to unlock her memories? Is Grace a bloodthirsty criminal–or a victim of circumstance? Based on the actual case, Alias Grace is a captivating, disturbing, and unforgettable novel that showcases Margaret Atwood at the peak of her powers.

Alias Grace tells alternate stories and will have you wondering who is telling the truth. Storytelling becomes integral to the psychology of the characters. A truly immersive novel, Alias Grace explores sexuality, gender roles, and the power hierarchy among social classes and genders.

The book begs the question: if you knew someone committed a crime against you, but you are powerless and no one would believe you, would you do something about it? Historically important and culturally timely, Atwood crafts one of her best works.

Themes of the novel include: female suppression, sex and violence, guilt and innocence, and the process of memory. Storytelling is a huge part of the novel. Imprisoned at just 16, is Grace a murderer or is she innocent? Only you can decide.

In a split reality after the 1980’s, in response to a rapidly declining birthrate, a monotheocracy casts a fascist rule of the United States, now called The Republic of Gilead, outlines a new order of laws that severely oppress and take Puritanical ideals to a new extreme. The story, told from the perspective of Offred, a handmaid in the new societal setup, warns us about how a slow decline of civil rights can lead to disaster, devastation, and a human rights catastrophe. Read our full review here. This story follows Penelope and her 12 maids hanged upon her husband, Odysseus’ return from his famed journeys. It asks the question of what Penelope was up to all those years and why all her maids were hanged. This book presents Penelope in the eyes of those 12 maids in order to grant reason why they were accused of disloyalty. 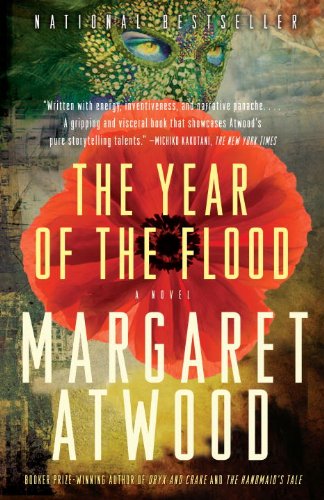 The Year of the Flood

Adam One, leader of a religion, the God’s Gardeners, devoted to understanding the way science and spirituality intermingle, as well as the practices of sustainability of all life, predicted a disaster will alter the planet. Once it nearly destroys all life, two women survive, Ren, a trapeze artist trapped in a high-end sex club and Toby, a God’s Gardener trapped in a spa. They wonder if others have survived. In this world where gene-spliced human-animal hybrids grow in numbers, Ren and Toby must first escape in order to survive.