For the month of November, the library is featuring books about pets and animal companions so I thought it fitting to write about one of my favorite human-animal relationship stories, Eva Hornung’s Dog Boy.

During the 20th century in Moscow, four year-old Romochka is abandoned by neglectful parents and must figure out how to survive. When he finally runs out of food in the 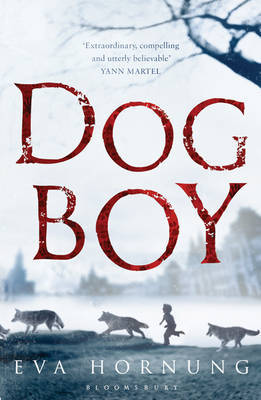 apartment, he ventures out into the streets where he follows a yellow dog into a deserted church cellar where her pack lives. In order to survive, Romochka must learn how to be both a dog and a human, eventually going between worlds to keep himself  and his pack alive. Eventually, Romochka wanders further and further into human society to hunt and scavenge for food where he occupies busy streets and bustling train stations where his secret pack life could be easily discovered.

Dog Boy is one of those stories that has really stuck with me since I read it years ago. What is striking about this piece is that it is both beautiful and barbaric, often at the same time, which creates the poetic language and stark imagery that defines the novel. The theme of survival runs deep, as well as a focus on family, home, and what it means to be human–or not human. If you’re in search of a book that will keep you turning pages, Dog Boy may be just that.

The book is visceral, suspenseful, and vivid and I can still picture many of the scenes in this book years later after I initially read it. Revealing the brutality in being alive and existing in a world that is both harsh and loving, sometimes simultaneously. Told from the third-person perspective, Dog Boy, positions itself from the point of view of an outsider looking in, which really works for this story, especially since the protagonist is a small child with limited language skills. Instead, the narrator is able to translate the way the dogs communicate to each other and to Romochka in a way that feels natural and heightens an understanding of the relationships among the dogs and between them and Romochka.

Despite bordering on fictional side of historical fiction, this story is no fantasy, no tale of magical realism, but a novel that explores the human condition in contrast and in relation to animals.

So come into the library and request a copy of Dog Boy today and while you’re at it check out our November book display on pets and animal companions. Either read a tale featuring a fuzzy friend or read up about your own pet or animal you want to adopt!

Also by Hornung:  The Last Garden

Publisher’s Description: The settlement of Wahrheit, founded in exile to await the return of the Messiah, has been waiting longer than expected. Pastor Helfgott has begun to feel the subtle fraying of the community’s faith. 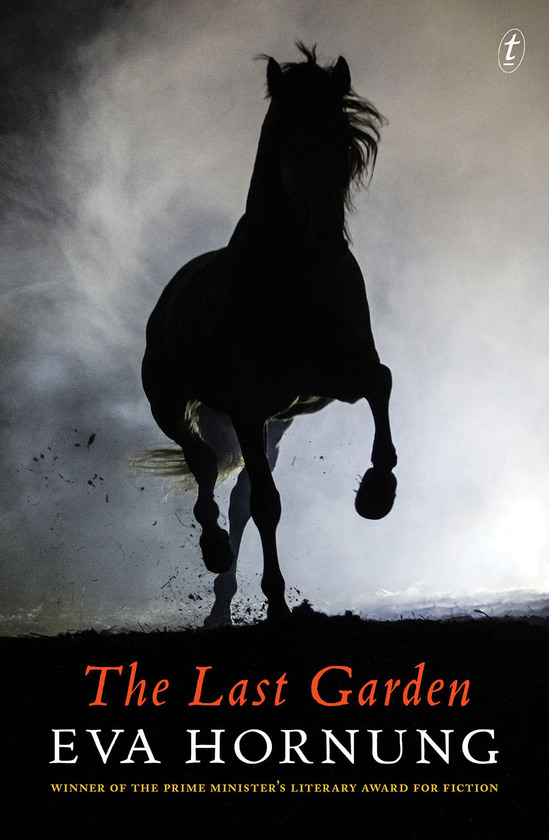 Then Matthias Orion shoots his wife and himself, on the very day their son Benedict returns home from boarding school.

Benedict is unmoored by shock, severed from his past and his future. Unable to be inside the house, unable to speak, he moves into the barn with the horses and chooks, relying on the animals’ strength and the rhythm of the working day to hold his shattered self together.
The pastor watches over Benedict through the year of his crazy grief: man and boy growing, each according to his own capacity, as they come to terms with the unknowable past and the frailties of being human.