The O’Fallon Public Library had its first Adult Writing Contest this summer showcasing the writing skills and passions of area writers, ages 18 and up.

Over 80 entries were received between June 1 and midnight, August 1. Winners were selected by a 4-person panel of judges and were announced August 21.

Booklets will be printed and available for purchase (details forthcoming!). Visit our website to read the other winning entries. 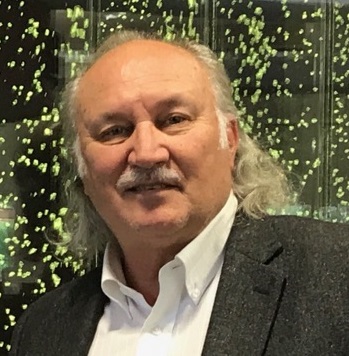 Best in Show: Halfway to MMXX

The man lay dying in his bed. Eyes fluttering closed, he signaled for a drink of water

At his bedside, a fellow monk propped his head with one hand while he grabbed a cup from a crude table nearby. Raising the cool liquid to his friend’s mouth, he wet his lips. What little managed to make it into his throat, he coughed out.

Returning the cup to the stand, the monk carefully used both hands to make his friend comfortable. A whisper caused him to lean close to his companion.

After a few seconds, the monk reached to the table, picking up a bible. Opening it, he pulled two sheets of folded parchment from inside.

The fading man suddenly yielded a soft gasp and, with it, he was gone.

The monk made the sign of the cross then gently crossed his friend’s arms upon his chest. “I love you, Frobisher,” he remarked.

Moving to a corner of the room, he opened the documents and read the first paragraph.

Looking back at his friend, he then pressed a hand hard against the stone wall and moved one of the stones. Wedging it out, he placed the parchment in the crevice and forced the stone back into position.

“Neil, are you able to stop by my place on your way home?”

“Sure, professor.” Perceiving apprehension in the professor’s voice, “Are you alright?” he asked.

“Oh yes, I’m fine. I’d like to discuss something with you, but if you’re busy, it can wait.”

“No, I was leaving work anyway. I’m probably less than ten minutes from your apartment.” “Great. How about I call in an order of Chinese and you can pick it up on your way. If I remember, you like Kung Pao chicken with a side order of Crab Rangoon.”

“Sure, professor. I missed lunch today preparing for a symposium; Chinese cuisine sounds good to me. See you in a few minutes.”

“Come in, come in,” the older man invited. “Put the bags on the coffee table,” he directed. “I’ll retrieve some usable utensils and drinks while you make yourself comfortable.”

After placing their dinner on the table, Neil looked around. “The place seems different than the last time I was here, professor. Did you do a little remodeling?”

“Heavens no! I decided to clean the place up and hired an agency to come in and simplify my life. It was becoming challenging for me to find things. It’s been four months now, and somehow I’ve managed to keep everything in its place.”

Opening the box of Kung Pao chicken, Neil solicited the reason for his invitation. “Tell me, professor, what has your attention that you called me?”

The old man shifted his position, picking up a napkin and fork before answering. “I recently received an email from a former student who was visiting Fleury Abbey in Saint-Benoit-sur- Loire, France with his wife. The student said he was passed an envelope by one of the abbey monks who then quickly disappeared. The envelope contained two pieces of old paper and was written in French. His wife roughly translated some of the writings which appeared to be divinations, however she wasn’t exactly sure. Knowing my interest in that part of the world, he sent them to me.”

“Yes, and I translated the text,” he said, handing the young man freshly typed documents.

Neil read the first three paragraphs which were numbered and shrugged. These are a synopsis about events which already occurred.”

“Look at the last page – number fifteen to be exact.”

He shuffled the papers, read, and commented. “So, Donald Trump did become President.

What is newsworthy about that?”

The professor smiled as any teacher would before enlightening their pupil. “Now, take a look at number sixteen.”

Not only did Neil read paragraph sixteen, but he re-read it and studied the remaining sections below as well.

“Yes, that was my response as well. Tell me what you think you see.”

Hesitating, “I’m not sure, professor. My first reaction is someone simply put together an assortment of historical events. But the last five on the list appear to be a list of predictions.”

“Considering the potential age of the original manuscript, everything written there was a prediction by the author.”

“How old are the documents?”

I don’t know, but they were probably written before the 12th century. I’ve taken them to a friend who is better qualified to determine their age.”

Neil returned his attention to the last page and pointed to the bottom. “What is this word, Frobisher?”

“Ah, that is the million-dollar question, young man. I performed a rudimentary search on the internet and discovered that Frobisher was the name of a monk at Fleury Abbey known for his chronicles and other writings. Others, who chronicled his life said he died in the year 1010.”

“If these are predictions,” said Neil, “the year of his death is halfway to when paragraph sixteen begins to have significance.”

“Correct – that fragment references the year 2020. Altogether, there are twenty proclamations, all apparently predicting future events of which Frobisher could not possibly have knowledge. Even with his education, it’s impossible he could have understood the events he predicted. For example, his writing about the moon landing and that it would be accomplished before the end of the new millennium in which the world had just entered. Fourteen of his other predictions are remarkably accurate as well.”

“But no one has ever heard of Frobisher before. Why would his writings appear now? How did a monk today come into possession of such information? What was his intention?”

Finishing a bite of Crab Rangoon, the professor wiped his mouth. “I hope those are questions you can find answers to, my boy.”

“Yes, you’re at the top of your field, Neil. Who better to consider this mystery? You have to admit that paragraph sixteen caught your attention.”

“I will concede it intrigued me, but this all could be a hoax of some sort.”

“Do you remember that class I gave in which we discussed prophecies of Native Americans, The Book of Revelations, Nostradamus, and astrology predictions?”

“How could I forget. You had us do a dissertation on Nostradamus’ quatrains that took the whole damn semester to write.”

The professor laughed. “It apparently stayed with you, so I accomplished what I hoped I would.”

Neil continued. “But unlike Nostradamus who lived five hundred years later, Frobisher’s predictions were not written in quatrains. He wrote them in simple prose which required no interpretation or strained readings to match future events.”

“Who decides in what forms the foretelling’s of these soothsayers should come to us. Whether by the written word or by stories passed from generation to generation should we consider them any more significant than Frobisher’s prose?”

Neil returned his attention to the papers and read aloud the sixteenth paragraph: “The Sun will swell scorching the Earth. The people of the land will wander to quench their thirst only to find misery. The end begins at twice the year of my death unless the one who can change the course of history makes himself known.”

“I’ve read your essays and articles on climate change, Neil. Seems to me that passage, and the ones that follow, express many of your own thoughts about the future. What do you think?”

The young man gave pause to the professor’s question. “Looks like I have a trip to Europe coming? When do we plan on leaving?”

His mentor picked up another Crab Rangoon and shoved it into his mouth, while a gleam in his eye suggested their quest was only beginning.