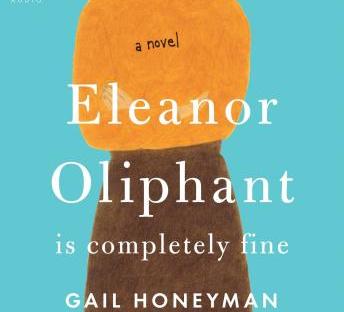 I chose Eleanor Oliphant Is Completely Fine by Gail Honeyman as the New Title Tuesday recommendation because it’s main character is quirky, funny, and broken.  And in full disclosure, I listened to the audiobook and was enchanted by the Scottish dialects.

Eleanor’s deadpan wit mixed with her tendency to say exactly what’s on her mind, makes her a character to be remembered. On page one, Eleanor describes her job:  “I’m a finance clerk.  I could be issuing invoices for anything, really: armaments, Rohypnol, coconuts.”  It’s no surprise that this will be another major motion picture produced by Reese Witherspoon.

Meet Eleanor Oliphant: She struggles with appropriate social skills and tends to say exactly what she’s thinking. Nothing is missing in her carefully timetabled life of avoiding social interactions, where weekends are punctuated by frozen pizza, vodka, and phone chats with Mummy.

But everything changes when Eleanor meets Raymond, the bumbling and deeply unhygienic IT guy from her office. When she and Raymond together save Sammy, an elderly gentleman who has fallen on the sidewalk, the three become the kinds of friends who rescue one another from the lives of isolation they have each been living. And it is Raymond’s big heart that will ultimately help Eleanor find the way to repair her own profoundly damaged one.

Smart, warm, uplifting, Eleanor Oliphant is Completely Fine is the story of an out-of-the-ordinary heroine whose deadpan weirdness and unconscious wit make for an irresistible journey as she realizes. . .

The only way to survive is to open your heart.

Although Eleanor is “fine,” she spends the bulk of her time in isolation.

“It often feels as if I’m not here, that I’m a figment of my own imagination.  There are days when I feel so lightly connected to the earth that the threads that tether me to the planet are gossamer thin, spun sugar.  A strong gust of wind could dislodge me completely, and I’d lift off and blow away, like one of those seeds in a dandelion clock.”

But, Eleanor does whine about her situation.  She keenly keeps to her ordered routines and analyzes her co-workers’ insults toward her with the same detachment one uses when choosing loose tomatoes at the grocery.

Eleanor Oliphant is Completely Fine is Gail Honeyman’s first novel and it was short-listed for the Lucy Cavendish Fiction Prize as a work in progress.

I have no doubt you will be both entertained by Eleanor’s commentary, heart-broken by her solitary life, and curious to learn how she got that way.

Other books about social misfits you may enjoy: 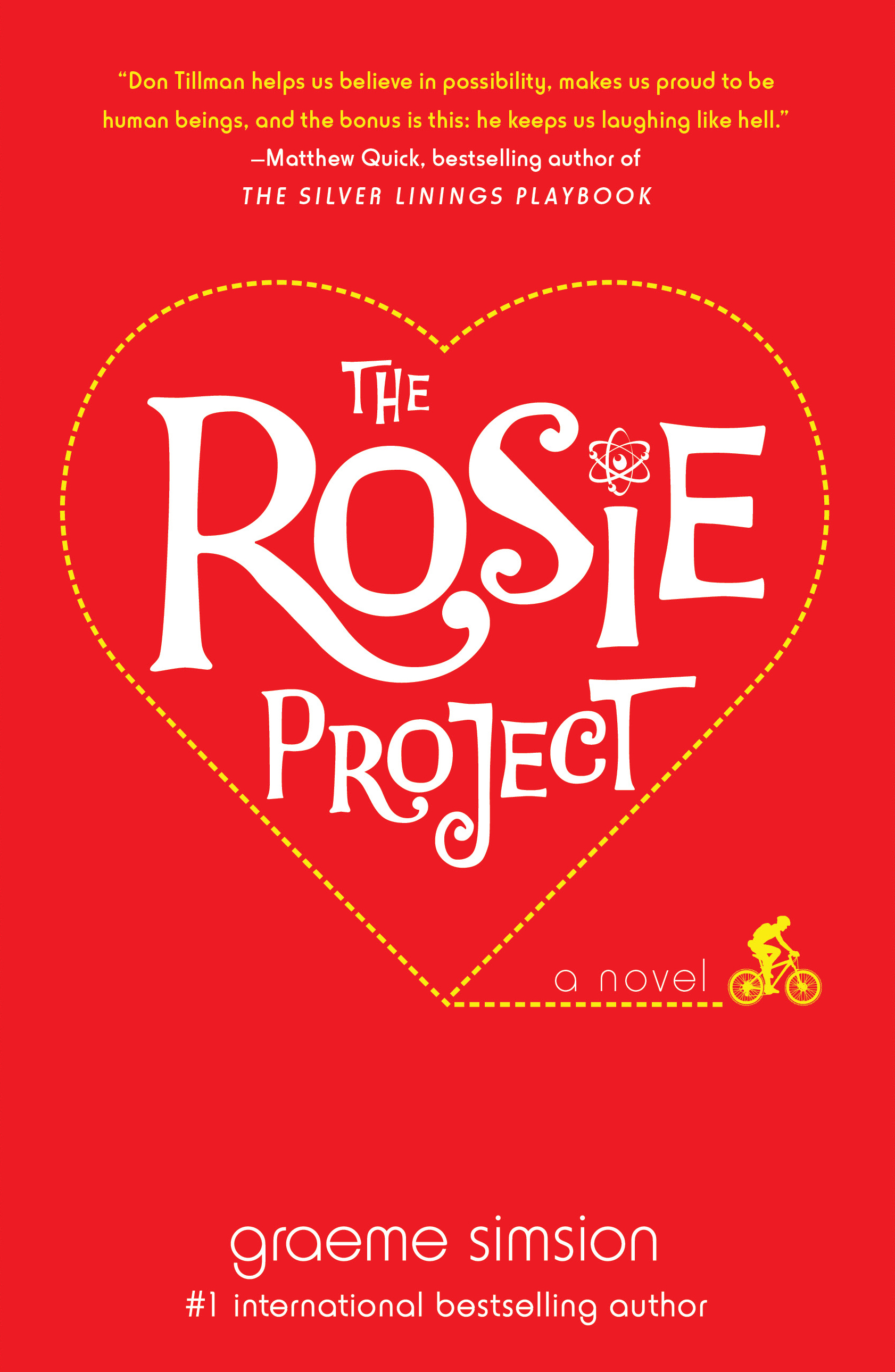 The Rosie Project by Graeme Simsion – Don Tillman is a brilliant yet socially challenged professor of genetics, who’s decided it’s time he found a wife. And so, in the orderly, evidence-based manner with which Don approaches all things, he designs the Wife Project to find his perfect partner: a sixteen-page, scientifically valid survey to filter out the drinkers, the smokers, the late arrivers. Rosie Jarman is all these things. She also is strangely beguiling, fiery, and intelligent. And while Don quickly disqualifies her as a candidate for the Wife Project, as a DNA expert Don is particularly suited to help Rosie on her own quest: identifying her biological father. When an unlikely relationship develops as they collaborate on the Father Project, Don is forced to confront the spontaneous whirlwind that is Rosie–and the realization that, despite your best scientific efforts, you don’t find love, it finds you.

A Man Called Ove by Fredric Backman – Meet Ove. He’s a curmudgeon – the kind of man who points at people he dislikes as if they were burglars caught outside his bedroom window. He has staunch principles, strict routines, and a short fuse. People call him “the bitter neighbor from hell.” But behind the cranky exterior there is a story and a sadness. So when one November morning a chatty young couple with two chatty young daughters move in next door and accidentally flatten Ove’s mailbox, it is the lead-in to a comical and heartwarming tale of unkempt cats, unexpected friendship, and the ancient art of backing up a U-Haul. All of which will change one cranky old man and a local residents’ association to their very foundations.

The Curious Incident of the Dog in the Nighttime by Mark Haddon – Despite his overwhelming fear of interacting with people, Christopher, a mathematically-gifted, autistic, fifteen-year-old boy, decides to investigate the murder of a neighbor’s dog and uncovers secret information about his mother.