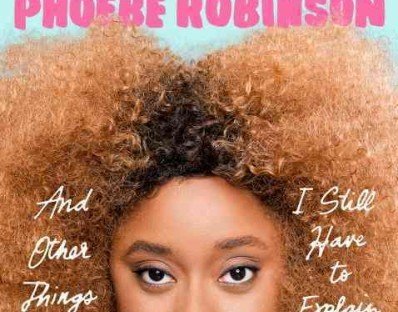 My New Title Tuesday recommendation You Can’t Touch My Hair and Other Things I Still Have to Explain, by Phoebe Robinson is, “A hilarious and timely essay collection about race, gender, and pop culture from upcoming comedy superstar and 2 Dope Queens pod-caster Phoebe Robinson.”  We have come face-to-face with the racial, gender, and class divisions in our country.  In times like these, humor is just what the doctor – and the publisher – prescribed to help us heal and reconcile our many prejudices and biases. 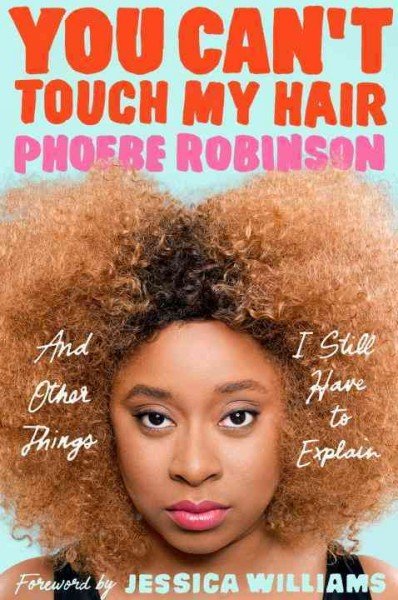 Being a black woman in America means contending with old prejudices and fresh absurdities every day. Comedian Phoebe Robinson has experienced her fair share over the years: she’s been unceremoniously relegated to the role of “the black friend,” as if she is somehow the authority on all things racial; she’s been questioned about her love of U2 and Billy Joel (“isn’t that . . . white people music?”); she’s been called “uppity” for having an opinion in the workplace; she’s been followed around stores by security guards; and yes, people do ask her whether they can touch her hair all. the. time. Now, she’s ready to take these topics to the page—and she’s going to make you laugh as she’s doing it.

Using her trademark wit alongside pop-culture references galore, Robinson explores everything from … breaking down the terrible nature of casting calls, to giving her less-than-traditional advice to the future female president, and demanding that the NFL clean up its act, all told in the same conversational voice that launched her podcast, 2 Dope Queens, to the top spot on iTunes. As personal as it is political, You Can’t Touch My Hair examines our cultural climate and skewers our biases with humor and heart, announcing Robinson as a writer on the rise.

Robinson’s essays in You Can’t Touch My Hair aren’t merely set-ups for punchlines. In fact, her first essay sets the purpose for the book.  She discusses that Obama’s presidency failed to result in the presumed post-racial society and includes some hard truths, including  how ‘stop-and-search’ powers aren’t unique to US law enforcement but are used predominantly against black people in other countries as well.  Robinson says, it’s the micro-aggressions – the slights, snubs, insults – that are the daily acts of racism that result in the marginalization of many groups.

Robinson doesn’t simply point fingers at others. The evolution to a truly post-racial society is “…slow, glacial even, and it cannot occur without people doing difficult and painful work.”  She admits:

“Honestly, I would be just fine spending my time finally perfecting the dance breakdown from Janet Jackson’s “If” music video or finally taking an art history course just for funsies or, you know, enjoying the luxury of being a multilayered person like white dudes are allowed to be, but that’s just not how things are.”

Fortunately, Robinson and her 2 Dope Queens co-host, Jessica Williams, can use the comedy platform to effect positive change.  Plus, she offers plenty of examples that actually point to real and hilarious incidences of racial sensitivity and awareness.

We owe it to ourselves to read, watch, listen, and engage outside of what is safe and familiar so that we can laugh, grow, and evolve.

For more about Phoebe Robinson, listen to her October NPR interview with Rachel Martin.

You can listen to the podcast she and Jessica Williams co-host at 2 Dope Queens.