Had enough of the media’s looping dirge of dismal US political news but still love the intrigue of cut-throat power-struggles?

Do you relish stories that chronicle family sagas, tragedy, romance, and political intrigue all in a historical setting?

If yes to any of those questions, my Five Star Friday recommendation is Isabel Allende’s first novel, The House of the Spirits.

“…. The House of the Spirits is both a symbolic family saga and the story of an unnamed Latin American country’s turbulent history.  Isabel Allende constructs a spirit-ridden world and fills it with colorful and all-too-human inhabitants….  The Trueba family’s passions, struggles, and secrets span three generations and a century of violent change, culminating in a crisis that brings the proud and tyrannical patriarch and his beloved granddaughter to opposite sides of the barricades.  Against a backdrop of revolution and counterrevolution, Allende brings to life a family whose private bonds of love and hatred are more complex and enduring than the political allegiances that set them at odds.”

I went to high school in the 70’s before Latin America had been discovered by textbook
publishers and standardized test authors.  And honestly, news coverage of Latin and South American countries during the 60’s – 70’s didn’t reveal the true intent of the CIA’s actions.  So reading The House of the Spirits provided perspective and context to actual events even if they were only fictionally depicted in this novel.  Allende describes the racial and class divisions as well as political oppression of the underclass in Chile, the home of her extended family and where she lived until Pinochet’s brutal regime made it politically unsafe for her and her family in 1975.

But The House of the Spirits is much more than a story of revolution.  We see how the lives of individuals from four generations grow, change, and either benefit or suffer the consequences of their actions. At times it is heartbreaking, at other times matter-of-fact such as Clara’s explaining to her granddaughter, Alba, the reason mental illness hasn’t plagued the family:  ”….here the madness was divided up equally, and there was nothing left over for us to have our own lunatic.”  The author takes her time and lets the narrative unfold naturally.

The infusion of magical realism adds another dimension to the novel and provides the matriarch, Clara, a vehicle to possess personal power through her connection to the spiritual world.  Allende makes no secret that many characters were based on real people (a clairvoyant grandmother, a socialist president, for example) and the origin of this story is a letter she started writing upon learning her beloved grandfather was dying.

It is no wonder that The House of Spirits, published in 1982, “… is considered one of Latino literature’s best-known and greatest pieces of work. When you read it, you can the sense the influence the book has had on the books you read today,” according to The Hispanic Reader. 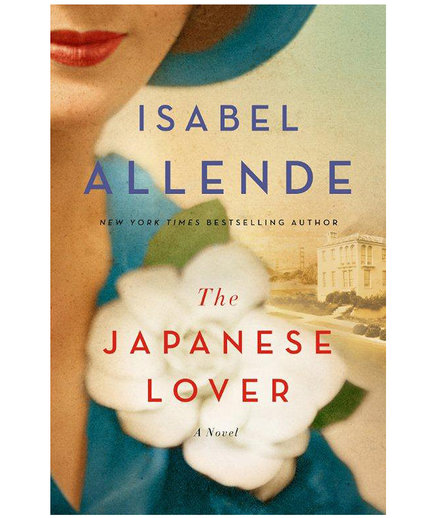 The Japanese Lover   An exquisitely crafted love story and multigenerational epic that sweeps from San Francisco in the present-day to Poland and the United States during the Second World War.

Island Beneath the Sea   The story of a mulatta woman, a slave and concubine, determined to take control of her own destiny in a society where that would seem impossible.
Happy Reading, Susan C.