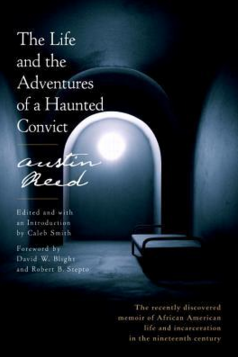 “In 2009, scholars at Yale University came across a startling manuscript: the memoir of Austin Reed, a free black man born in the 1820s who spent most of his early life ricocheting between forced labor in prison and forced labor as an indentured servant. Lost for more than one hundred and fifty years, the handwritten document is the first known prison memoir written by an African American” (Goodreads).

How’s that for a start?

The Life and the Adventures of a Haunted Convict is Austin Reed’s stunning account of his own life, from his beginnings in Rochester, New York to his incarceration at Auburn State Prison.

Reed’s account is spectacular in more ways than one.  On its own, it stands will brilliant, clear writing that reads more like a novel than a simple account.  But beyond this, the memoir showcases what roles segregation and racism even in the North.  Both cruelties and kindnesses are discussed, and each brings with it a wave of revelation and emotion.

This isn’t an easy read.  It brings up a lot of issues that are still being solved today, and the first-person perspective adds a dynamic that, quite honestly, needs to be heard.  I highly suggest you give it a try.