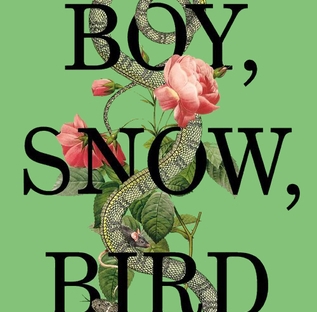 Boy, Snow, Bird is beautiful, lyrical, and haunting but the ending made me so mad that I almost chucked the e-reader across the room. I loved the characters and the huge twists (there are a handful, especially for someone who didn’t read the book’s description). I was reminded of The Life of Pi in the way that Oyeyemi was able to flip the narrative over and make it something else by unveiling a rather large surprise towards the end. Still though, that ending. Argh. This is a book that will capture your attention and hold it mercilessly until it’s done. I can’t make up my mind whether it was awesome or infuriating.

Oyeyemi can write though. Check out this passage: “The town should really have been called Flax Hills, since it was huddled up between two of them, but maybe that was the locals’ way of instructing one of the hills to scram. The hills are ringed round with old, dark, thick-trunked trees. They’re so tall you feel a false stillness standing under them; when you look all the way up, you see the wind crashing through the topmost branches, but you hear all the commotion only distantly, if at all… Light fell through the leaves, liquid in some places, sometimes stopping to hang in long necklaces- but only for a second or two, as if aware it wouldn’t get much admiration in Flax Hill.” pg 26. Lovely, so lovely. If you let it, it’ll break your heart.

Her thoughts on the balance of power between men and women: “I watched wealthy men and their wives and dates dancing and playing cards and making deals: I will admire you exactly as much, no more or less, as you admire me. I will love you in the strictest moderation. Some couples seemed pleased with their negotiations and others were in despair.” pg 31

The beginning of a love story in three lines: “Because he says he can’t stand you and you act like you can’t stand him, and whenever a man and woman behave like that toward each other, it usually means something’s going on. There’s a precious metal kind of gleam about you, and the man’s a jeweler, you know. So look out.” pg 33

The small things that we look for in each other: “…he knew how to lean in and light a girl’s cigarette with a look and a smile that had me stubbing my cigarette out whenever his attention was elsewhere, just so he’d light up another one for me. It could have been the way he guarded the flame with his palm, the unexpected care with which he carried it up toward your lips; who knows what makes a man’s gesture attractive?” pg 56-57 Inexplicable, the things that people find attractive.

“You’re really pretty, Bird,” he said, looking straight ahead of us…. “You don’t have to say that.” I’d have liked for him to say my name again, though. You know how it is when someone says your name really well, like it means something that makes the world a better place.” pg 142-143 Yeah. I do.

And finally, the magical realism of the story: “I’ve never tried to explain it to anyone before, but what I mean to say is that a whole lot of technically impossible things are always trying to happen to us, appear to us, talk to us, show us pictures, or just say hi, and you can’t pay attention to all of it, so I just pick the nearest technically impossible thing and I let it happen. Let me know how it goes if you try it.” pg 177

If you liked Boy, Snow, Bird, you may want to pick up The Life of Pi by Yann Martel. If you wanted more fairy tale in the story, try Alice by Christina Henry.

One thought on “Boy, Snow, Bird by Helen Oyeyemi, a Book Review”